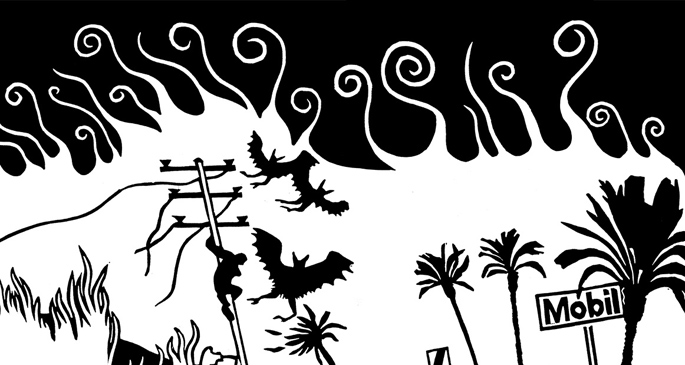 Seemingly supporting the imminent release of their debut full-length AMOK on February 25, the ever cryptic Thom Yorke has announced three live dates for his Atoms For Peace collaboration with producer Nigel Godrich.

While the full lineup adds bassist Flea and percussionists Joey Waronker and Mauro Refosco, Yorke promised that he and Godrich would be hitting London on February 22, Berlin on March 8 and New York on March 14, with little more than an endearingly minimal decks and microphone combo. FACT chatted with Yorke and Godrich last week about the making of AMOK, which can be read here.