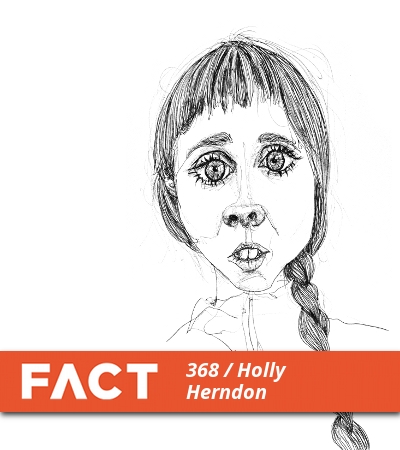 Its overall impression was arguably one of great potential, rather than an instant classic, but Holly Herndon’s Movement was undoubtably amongst 2012’s most interesting, striking albums.

Released on RVNG Intl. – home of Maxmillion Dunbar, Julia Holter’s Exstasis and more –Movement was a disorientating combination of academic computer experiments and dancefloor sensuality, searching for the point where bodies and machines operate as one on the floor, and where planning and instinct find a perfect ratio in the studio. It didn’t sound like much else.

Speaking to FACT last year, Holly explained that despite her background as a singer – the human voice is processed and rearranged distorted throughout Movement –for her, nothing beats the computer:

“[The laptop] can do things that no other instrument has ever been able to do, and I also think that it’s the most personal instrument that the world has ever seen. So that’s when I first became obsessed with it. And then the conversational naturally goes to, what is computer music performance? And at the time people were saying all electronic music performance is disembodied and disengaging, so I started thinking about how to really kind of hammer home the embodied experience of laptop performance, and probably the most obvious way to show that was through the human voice. So that’s how it started, and it’s just been incredibly fulfilling. I like to process my own voice but I also like to write for other vocalists as well and I want to continue to do that for sure.”

Her FACT mix feels like an expansion pack of sorts to Movement. Those who followed the FACT mix series last year will be reminded of Lee Gamble‘s December session – speaking loosely, this is a very weird techno mix – but we’re also reminded of Julia Holter‘s February session of field recordings: it’s a mix that’s clearly been put together with great thought, evolving and expanding the themes and feelings of Movement, but also feels complete enough to be treated as its own entity – honestly, it’s more like listening to a great 35-minute EP than a DJ mix.