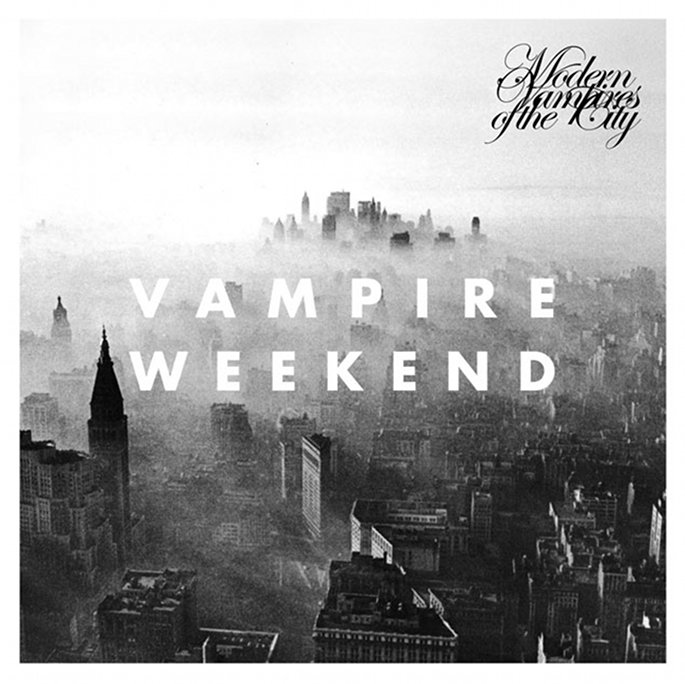 The New Yorkers clearly like a good promotional wheeze: remember that mysterious photograph doing the rounds in the lead-up to Contra (and the subsequent fallout)? As Pitchfork report, the band have pulled another quirky stunt: revealing the name of their third album through the New York Times’ classified section.

The first clue came last month, when the band secreted the cryptic acronym “MVOTC” on their website. Earlier today, they tweeted “NYT classifieds… . As it happens, the only entry in the Notices & Lost And Found in today’s copy of the paper reads: Modern Vampires Of The City, May 7, 2013. There’s your title, folks.

The news has been confirmed over at the Vampire Weekend website, which also includes a snap of the smoggy, Ebbets-style cover art (see above). Modern Vampires Of The City is out on May 6, courtesy of XL Recordings.

Update: The band has also announced a Spring tour; the dates are below via Brooklyn Vegan. While mostly limited to North America (including stints at SXSW and Coachella), the band will head to London and Paris for a pair of May gigs. 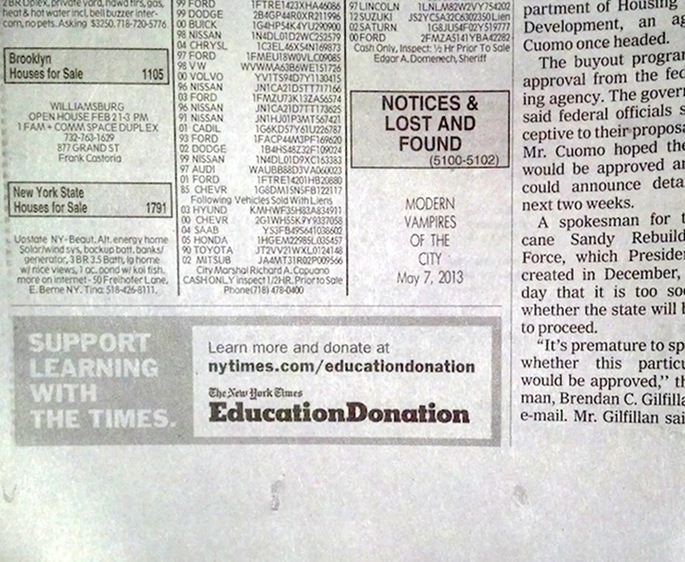