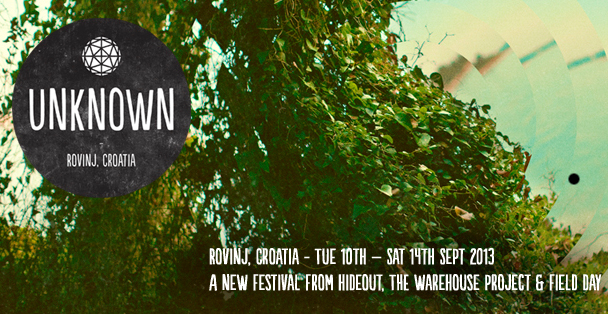 The line-up is packed with the great and the good. Disclosure – who, it appears, will make their first big UK chart breakthrough this week – will continue their giddy ascent with a live set. The esteemed Four Tet will be playing live, darting through a back catalogue that covers house, electronica and all sorts of exotic miscellanea. Jessie Ware will power her way through Devotion material, and Totally Enormous Extinct Dinosaurs and Django Django will also play live.

Unknown will take place from September 10-14 in Rovinj, Croatia. “Mysterious and bespoke design projects” are also promised on the site. Tickets and further information are available here.