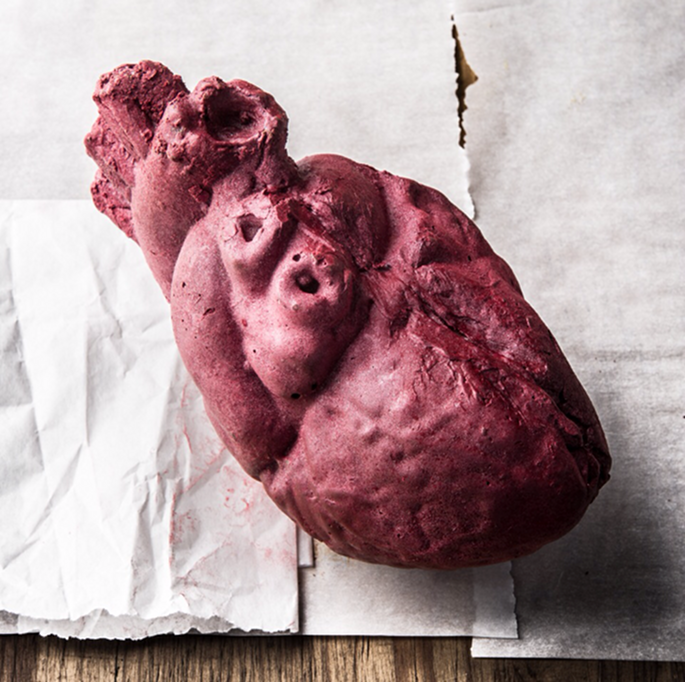 The psych-pop larkers continue to perplex and amuse.

Wayne Coyne and co were on particularly screwy form in 2012, dabbling in everything from half-assed terrorism to star-sponsored haemovinyl. The lunacy continues: to celebrate Valentine’s Day, the band have released a new USB compilation, encased in a carefully crafted chocolate heart.

The band have recruited Dallas chocolatiers Dude, Sweet Chocolate to produce “anatomically correct” chocolate hearts. Each heart-shaped box houses a USB stick, featuring a compilation from the band titled Songs of Love. The tickers are made of “72% South American dark chocolate studded with hazelnut mini whoppers and waffle cone crunch”.

The Songs Of Love stick contains mostly familiar material, with an emphasis on the band’s soppier numbers (as opposed to, say, duelling robots). Among the new material is ‘Love Is Mind Control’, produced with Stardeath and White Dwarves (both also heard on that King Crimson tribute LP) and a cover of The Beatles’ ‘All You Need Is Love’, with assistance from Edward Sharpe And The Magnetic Zeroes.

Each copy – now sold out, incidentally – has been signed by Wayne Coyne and Steven Drozd. A video for ‘All You Need Is Love’, featuring handsome shots of  a blood-caked Coyne cracking into one of the hearts, is below. They will release new album The Terror on April 1.

6. MOTH IN THE INCUBATOR

15. ALL YOU NEED IS LOVE (FEAT. ALEX AND JADE OF EDWARD SHARPE AND THE MAGNETIC ZEROS)