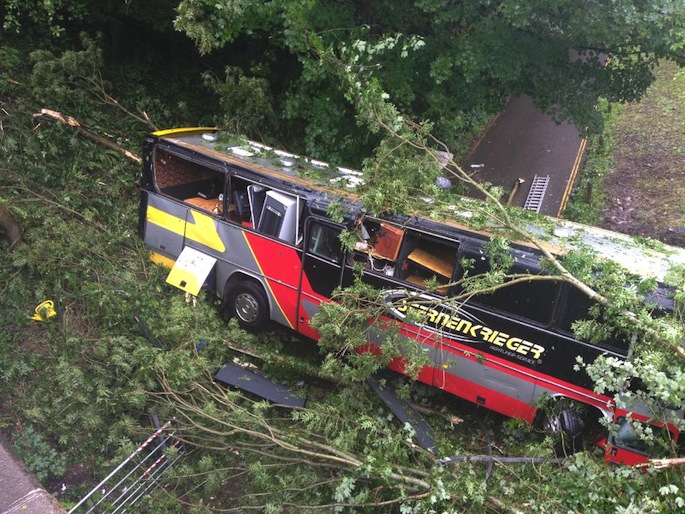 As the BBC reports, bus driver Norman Markus will be charged with dangerous driving, using a vehicle with defective brakes, and exceeding a 7.5 tonne weight limit.

The 39-year-old German national also faces charges of insufficient daily and weekly rest periods, using a vehicle in a condition likely to cause danger of injury, and not having the correct licence. He is due to appear in court on April 5.

Baroness band members John Baizley, Allen Blickle, and Matt Maggioni all suffered broken bones in the accident and were forced to cancel tour plans as they recovered from their injuries. Last month, Baizley appeared on stage with Converge.