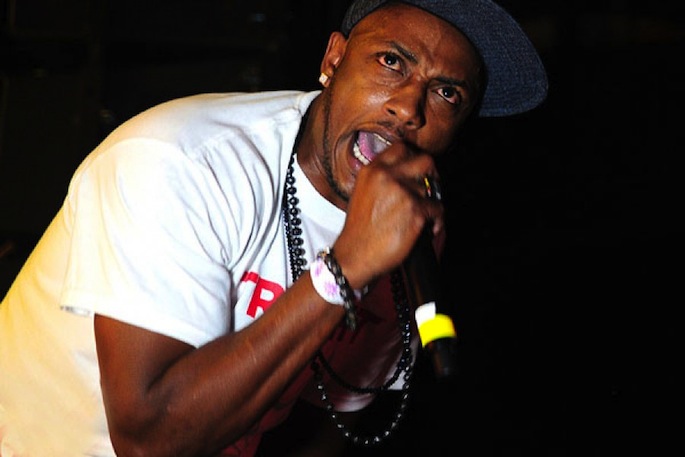 Nobody has ever sounded quite like New Orleans veteran Mystikal.

Few flows are as instantly recognisable as his full-throated, manic bark – part sermon, part seizure, quick to flit from a DMX-style bellow to a freewheeling triple-time jag. The rapper came up in the 1990s on Master P’s No Limit Records, dropping a string of frenetic LPs on the label. He subsequently jumped ship to Jive for 1999’s chart-topping Let’s Get Ready, notable for major hits ‘Shake Ya Ass’ and ‘Danger’. His ascent was stalled by legal issues in 2004, when he was jailed for 6 years on charges of sexual battery and extortion.

Following a second stint in jail for probation violations, he signed to Lil Wayne’s YMCMB at the tail-end of 2012, collaborating with his paymasters on the so-so ‘Original’ single. For a real schooling in what he can do, though, it’s worth checking last year’s ‘Hit Me’ – a furious James Brown pastiche, and a late contender for rap song of the year.

As Rolling Stone report, he’ll return with his first LP since 2001’s Tarantula later this year. Original has been sporadically under construction since 2010, with No Limit producer KLC providing the bulk of the beats. Guests lined up for the record include Future, Busta Rhymes and Rick Ross. The album also promises numerous appearances from jazz-schooled rapper Trombone Shorty and the Stooges’ Brass band. Talking about the decision to incorporate live instrumentation, Mystikal said:

“You eat a TV dinner, five minutes, you are going to shit it back out. A home-cooked meal, it’s going to stick to you. And that’s the difference between real instruments and shit just playing out the keyboard.”

Original is due in June. Mystikal has also promised a full band tour in 2013.