The Man Who Died in his Boat 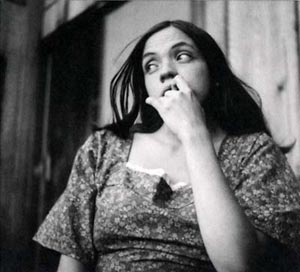 The title of Liz Harris’ new album is drawn from a teenage experience of hers. An abandoned boat is washed up near her home, we’re told; Harris peers inside the cabin and, seeing the mundane, scattered belongings of its missing owner, has the feeling of being a voyeur to an absent life. The scenario calls to mind a similar moment in Cormac McCarthy’s post-apocalyptic masterpiece The Road. Of course, the ultimately redemptive tone of Harris’ music as Grouper is difficult to square with McCarthy’s brutal hopelessness. But the two are similar in their evocation of a surreally unpeopled Americana; of landscapes that acquire poetry through their emptiness. In both cases we get the powerful sense that we are wandering, ghost-like, through the detritus of other people’s lives.

Liz Harris’ music has always been about alienation as much as swaddled intimacy – a fact given elegant expression in 2008’s Dragging A Dead Deer Up A Hill. It’s arguably the best-loved Grouper album: a neat compromise between Harris’ divergent interests in formless ambience and delicate pop, managing to be both her most accessible record and one of her richest. Since then Harris’ interests have sprawled outwards again, spanning from long-form collage pieces (Violet Replacement) to comparatively unadorned songs (the Water People 7”). But The Man Who Died In His Boat sees Harris returning to that moment, assembling an 11-track album from songs recorded at the same time as Dragging….

First things first: any fears that this is an inferior collection of offcuts can be laid to rest. Granted, the formula is much the same: gently ethereal guitar-and-vocal ballads, wreathed in a soporific fog of tape delay and stitched together with muted field recordings. But this record is almost the equal of Dragging…, and certainly of a quality to stand on its own two feet. As usual, the points where melodies are more prominent serve to aid navigation through the sleep-fug – particularly the early pairing of ‘Vital’ and ‘Cloud In Places’, and exquisite closer ‘Living Room’. Also striking is ‘Vanishing Point’, a lone instrumental number built from simple configurations of piano tones, distorted and cloaked in delay to gorgeous effect.

But the extreme homogeneity of Harris’ music has always been its weakness as well as its strength. This is mood music in the best possible sense. TThe simplicity of the material, recurring song after song, enables it to settle on a room like perfume; it affects through generalities rather than the specifics of a particular melody or lyric. But by the same token there’s very little to distinguish this album from its counterpart. The Man Who Died In His Boat is, to put it simply, more of the same – and whether that’s a worthy thing for an album to be is largely down to your view on this period of Grouper’s output. For what it’s worth, it’s absolutely fine by me.