Jay-Z, Justin Timberlake to tour together? 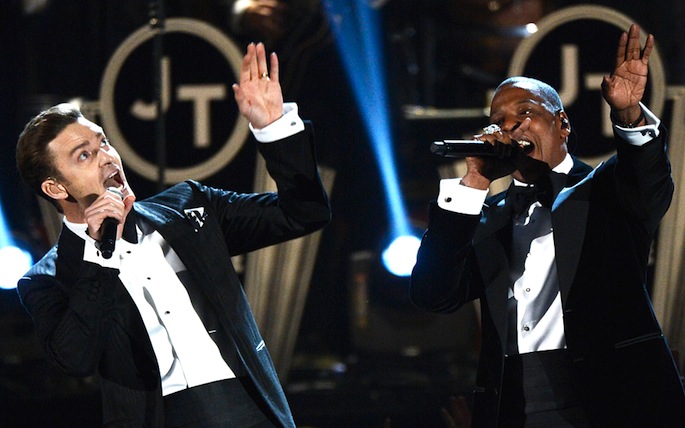 The ‘Suit & Tie’ pair are rumored to be planning a stadium tour.

The New York Post reports that Jay-Z and Justin Timberlake are planning a 10-city tour. According to an anonymous report, Timberlake admitted, “We’re definitely going to go on tour . . . I don’t know how much I should say . . . It’s going to be a lot of fun, I know that.” While he didn’t elaborate on who the “we” is, The Post seems confident that it will be Hov.

This weekend, Jay joined JT onstage as part of the singer’s triumphant return to the Grammy Awards; watch their sepia-tinted performance belwo. Timberlake’s comeback album The 20/20 Experience is due on March 19 through RCA, and he just shared the 8-minute return to form ‘Mirrors’.