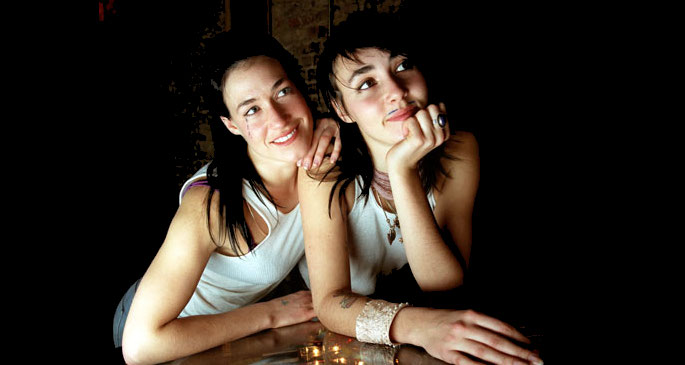 Avant-pop sister act CocoRosie will return in May with a new album, Tales of A Grass Widow.

Bianca and Sierra Casady have riled as many people as they’ve seduced since their 2004 debut, La Maison de Mon Rêve. The duo were undoubtably ahead of the curve, combining childlike nostalgia, hip-hop and weird pop and folk long before indie bands referencing Timbaland became the norm, and at its best their music still hits in a way that few other bands can, but between the so-kooky-it-hurts imagery (unicorn threesomes, anyone?), the baby gurgle vocals and the whole Kill Whitey thing, they don’t always make it easy for themselves.

‘Gravediggress’, the first track made public from Tales of a Grass Widow, however, is excellent. Lost strings and piano ride beatbox percussion on the beat, and the duo’s knack for hooks that seem to come from nowhere is in full effect. You can stream it at The Guardian; Tales of a Grass Widow will be released on May 27 through City Slang.