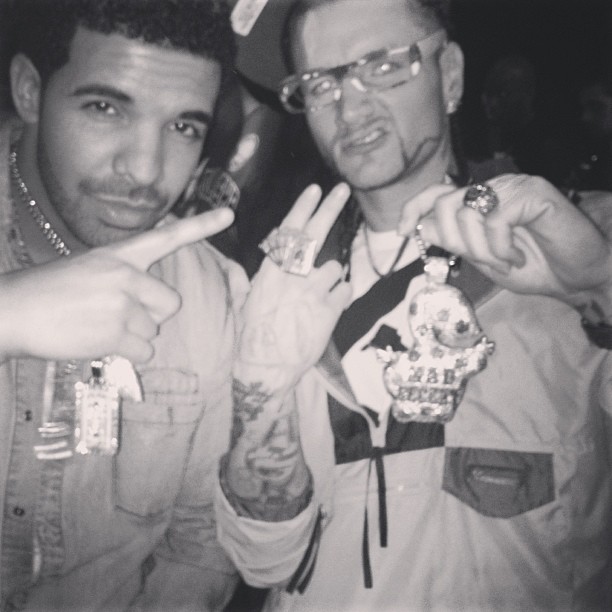 Well, this one is bound to be polarizing.

Pitchfork confirms what RiFF RAFF has hinted at on Twitter: that the former From G’s and Gent star is indeed collaborating with Drake (who Instagrammed the above photo).

No word yet on whether the track will appear on Drake’s Nothing Was the Same or on RiFF RAFF’s proper debut. Additionally, the man also know as Jody Highroller says he’s working on a song and video with A$AP Rocky.

A little RiFF RAFF goes a long way; maybe that’s why he’s been eager to collaborate. Previously, he has joined up with fellow MTV alum Andy Milonakis and Dirty Nasty as Three Loco and with Action Bronson on one of the best songs of 2012.