New talent: Rome’s cold wave queen Mushy has a complex relationship with the past 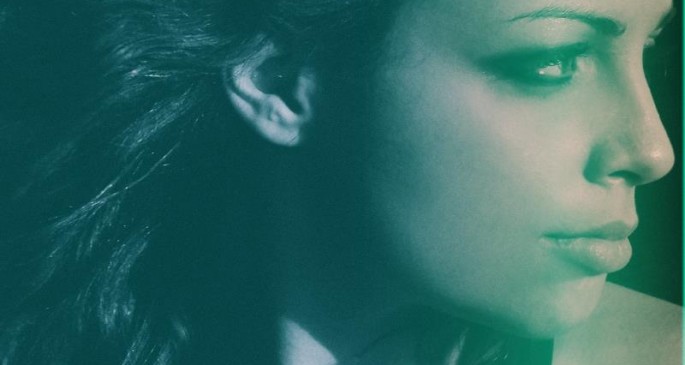 Released towards the end of 2012 on Rome’s Mannequin Records, Breathless, the second album from Valentina Fanigliulo’s solo project Mushy, was a thing of dark, ineffable beauty.

With one foot in the modern cold wave revival and the other in the soft-focus atmospherics of the ‘80s 4AD sound, it’s a record that sets Fanigliulo’s ghostly voice amidst cold snowstorms of synthesizer, spectral washes of guitar and prehistoric drum machines. One easy comparison would be the stern gothic operas of Zola Jesus, although while Mushy’s music shares Nika Danilova’s sense of regal seriousness, Breathless is a more dreamy, textured affair, ethereal and impressionistic. It’s testament to her mastery of this sound, though, that she’s won the patronage of one of the masters of the form – namely Rudy Tambala of ’80s post-rock legends AR Kane, who contributes guitar to album track ‘My Life So Far’.

Following an extensive European tour, Mushy and her musical partner, Mannequin Records’ Alessandro Adriani, bring Breathless to London for shows at Power Lunches in Dalston (Feb 14) and an in-store at Rough Trade East (Feb 15). This week also sees Mannequin release The End Of Civilisation, a compilation of new synth, folk and psychedelic groups hand-picked by Fanigliulo herself.   FACT’s Louis Pattison spoke to Mushy about perfecting her musical aesthetic, the ongoing ’80s synth wave revival, and the compiling of The End Of Civilisation.

“I’m a sensitive person so all sounds are directly connected with my mood, my feelings. It’s about channelling moods into music.” 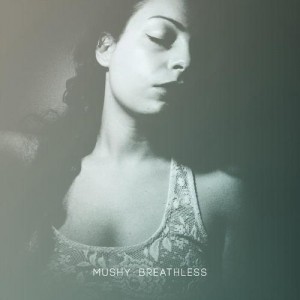 Can you tell me a little bit about your early life?

“I was born in 1984 in a little city in southern Italy, but I grew up in Rome and now my life is here. I was a quiet and shy child, spending most of the time alone, loving drawing, computers, music and horror movies. Thanks to my parents I started my music culture in ‘alternative’ scenes. My father was in love with jazz, opera and prog-rock – King Crimson, Pink Floyd, Genesis, and Yes – while my mother was more into blues and country music. I think I’ve always had an artistic streak, trying to experiment and improve myself in different fields. I started to make music when I started my studies on architecture. Before that I was involved into videos, photography, drawings, styling. I feel my main life purpose is to investigate all kinds of art forms.”

When did you start making music as Mushy? What was your original intention for the project, and have your aims changed over time?

“I started making music when I was 19 years old. It was summer and I was studying modern architecture when a copper wire took my attention. I started to make sounds with it, and started recording sounds using a video camera. Then I started manipulating field recordings. I was impressed how everyday sounds could become great instruments. Around that time, I was inspired by industrial experimental music, so my first two releases were a mix of drones and voices. Some years later, I started playing and making music with synthesizers. In the beginning, I started recording only instrumental electronic tracks, but as I got more confident with my gear and my voice, I found my way. I’m a sensitive person so all sounds are directly connected with my mood, my feelings. It’s about channelling moods into music.”

“It is important that style does not become a mannerism. Creativity comes from a reprocessing of what we know.”

Do you feel like you’re working in a lineage of Italian music? Are there earlier Italian bands that you have been inspired by?

“I don’t know if my sounds could be linked into a modern Italian scene. I listen and I get inspired by lots of new bands and projects, but they’re always coming from Europe or the USA. We have so much good Italian music from the past. I’m a really huge fan of experimental industrial and darkwave music. My background is in almost unknown projects – groups mostly from the mid-’80s to early ’90s, like DsorDne, Tasaday, F.A.R., Officine Schwartz, Zona Industriale. I was fascinated by the deeply obscure, creepy ambient atmospheres they made, and their music gave me lots of inspiration when I started to play. There’s one track, called Terra Del Fuoco by DsorDne, which always touches me as it did first listen.” 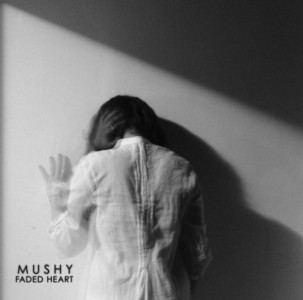 I gather you work with the Italian label Mannequin Records as an art director. How did you get involved with Mannequin, and how would you describe your artistic aesthetic?

“A few years back, Alessandro Adriani from Mannequin started an archeological research of Italy’s forgotten synth groups, which would become the 2009 compilation Danza Meccanica. Alessandro started working with another designer, but it didn’t work out, so I set out to create his idea. He loved my minimal designs, so he asked me to make the cover. I’m not a graphic designer – I studied architecture so my mind is modelled on that way. I also use architecture software for making my art, so that’s why my stuff is clear, minimal and geometric, like a design for buildings. My inspiration came from rationalism and minimalism – I’m in love with most Bauhaus productions, Russian deconstructionism, modernism and also ’70s decorative art. I was involved with Mannequin first as an art director, and only later as a musician. Now, they work with a great graphic designer named Giandomenico Carpentieri.”

“Looking to the past is not a crime, and nor is being influenced by it.”

In recent times there has been a resurgence in dark, ’80s-influenced synth sounds – Veronica Vasika’s Minimal Wave label, Wierd Records, and of course the acts on Mannequin. Why do you think this sound has come back to popularity? (of course many would argue that, in the case of the acts on Minimal Wave, they never reached any degree of popularity the first time round…)

“I can speak about that for hours. Originally, I think labels involved their energies in reissuing for a lack of good new music. Collectors started ripping rare records off blogs, and consequently you found almost unknown bands from the past becoming hyped, and their old records increasing in price. It became like a disease, for some people, uncovering these unknown projects. I have mixed feelings about this. It can be difficult to find and create something original, because our minds cannot be free from the past. But looking to the past is not a crime, and nor is being influenced by it. The most important thing is the way that we feel the music. It is important that style does not become a mannerism. Creativity comes from a reprocessing of what we know.”

“One day I read Rudy Tambala discovered my music on the web and he linked it on his site, saying such good and kind words. I was totally touched, so I contacted him via Facebook asking if he was interested in collaboration. I sent him some of the recordings for Breathless, just to show him what I was working on, and he said he was crazy about them. The process of collaboration was only over the internet, but we’re planning to meet at my upcoming show in London. In my dreams I’d like to collaborate or just have a musical connection with Swans, Cranes, Grouper, The XX, Esben And The Witch, HTRK, Tim Hecker and Pye Corner Audio.” 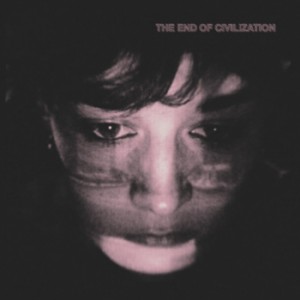 You’ve recently worked on a compilation of new bands for Mannequin, The End Of Civilisation. Can you tell me a little bit about this project? What was the guiding principle? Do you feel the modern bands collected here do something different to the bands collected on Danza Meccanica, or are they working in the same lineage?

“I love to hunt down music. About a year ago, Mannequin asked me to focus my energies and my curiosity in planning a compilation of new projects. Some bands I was already interested in, others I chanced upon because they contacted me as fans of my music. My main purpose was to introduce these almost anonymous bands and give them more visibility. I’ve tried to include many different music genres, from darkwave to psychedelia to folk. Danza Meccanica was an archeological research of the forgotten Italian synthwave scene. This new compilation is a look at what’s going on around us.”

You’ve recently toured Europe, and you’re just about to play London for the first time. How is it, taking such atmospheric and personal music out in front of audiences?

“I used to play alone on the stage. Last year I travelled a lot around Europe and Italy like that, and it felt it like a challenge, managing everything on my own. I could do that then, because my old tracks were minimal and it’s easy to play everything alone. But the new tracks have a more complicated sound construction and I cannot do everything by myself, so Alessandro Adriani from Mannequin is touring with me, playing drum machine and synths. When I play with other musicians, it’s big and enveloping. But when I play alone, I can make the music more intimate and close. I like this, because it offers me two different ways to explore sound.”