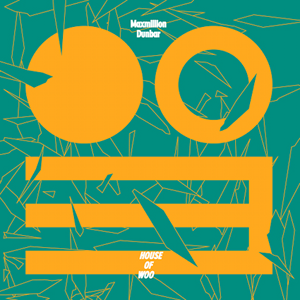 Back in the dark antediluvian days of the mid 1980s, rappers and first wave dance producers clucked about “keeping it real” and “representing”. Nowadays, buzzy young things preach the opposite, coating their music with a patina of unreality: see Macintosh Plus and the rest of the vaporwave set; the OTT stylings of UTTU; Nguzunguzu’s tinny clutter; or Fatima Al-Qadiri’s artificial realties. The above fetishise the synthetic, play with irony, revel in their hokiness. There’s clearly a loyal audience for this sort of thing; personally, I’ve just about had my fill of Day-Glo whimsy and kitschy sludge.

In the case of House Of Woo, though, context is essential. Field-Pickering’s no bandwagon-jumper – he’s been working with this sort of sound palette for a good half-decade. Years before UNO NYC or L.I.E.S. opened their doors, his Future Times imprint was putting out groggy, knowing dance releases with a low budget and a fun streak: see the stippled dub of Protect-U, or Rhythm Based Lovers’ Syclops-via-100% Silk cut ‘Boogie Rhythm’. His production work has long ploughed a similar furrow: 2010’s Cool Water offered low-spec, postmodern dance music, shot through with some of Coldcut’s puckishness, and his output as one half of Beautiful Swimmers is even more playful. Seen in light of his previous work, House Of Woo isn’t voguish or modish – it’s a highly deliberarte refinement of an aesthetic that’s been his own for some time. It also happens to be his strongest work to date.

As mentioned above, House Of Woo is a diverse record – there’s something different going on in every room. Crucially, though, there’s a tonal consistency largely absent from Cool Water. Almost everything here has a languid, punch-drunk feel; fast or slow, Field-Pickering’s music has a curious viscosity, a misty quality that provides instant succour for the soul. House Of Woo‘s sonic building blocks – an odd combination of woozy synths and tinny Far Side Virtual timbres – are also consistent throughout. Where Cool Water was by turns dreamy and cheesy, House Of Woo successfully synthesies both impulses: ‘Slave To The Vibe’, which marries the grandeur of Sand Circles’ sublime Motor City with seapunk-friendly synth trills, is a prime example. It’s an unlikely blend, but definitely an effective one.

House Of Woo’s other success is the way it applies this distinctive voice to a range of different genres. Like Actress’ Splazsh, House Of Woo is best understood as a series of genre studies, an album of variations on a theme. House is obviously the main touchstone, but the 4/4 tracks are by turns punchy (”Ice Room Graffiti’), Balearic (‘Woo’) and sluggish (‘Loving The Drift’). All are excellent. ‘Inca Tags’, meanwhile, comes over like Vatican Shadow covering something from Flying Lotus’ Los Angeles. ‘World Taste Sweet’ is a gleefully dorky R&B cut, and freewheeling closing track ‘Kangroo’ would have slotted in a treat on Madteo’s Noi No. Without Dunbar’s personality as an anchor, it’s the sort of record that could easily come over as chaotic or insincere. But Dunbar is, a few iffy moments aside, firmly front and centre.

RVNG Intl’s last major release, Holly Herndon’s Movement, was praised for its singularity – Herndon’s blend of EBM and processed sound poetry is pretty much entirely her own. House Of Woo is, of course, a very different record, but it shares many of Movement‘s virtues: a strong sense of personality, an emphasis on play, a cavalier attitude to genre. Like a stopped clock, Dunbar’s personal vision happens to be in step with the zeitgeist, and House Of Woo‘s impact will undoubtedly be dulled by the fact that plenty of lesser producers are doing very similar things. A shame – House Of Woo is one of the sparkier dance albums of the year so far, and a gem amidst all the buncombe.