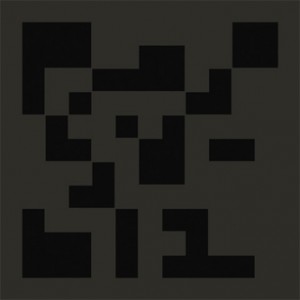 The early 2000s are often held up as Autechre’s golden era. Confield, Draft 7.30 and Untilted saw Sean Booth and Rob Brown take their studies in exploded rhythm to new heights of perversity. The iconic ‘Gantz Graf’ felt like a ginuwine diamond-edged chunk of the future falling, pointy-end-first, into the present. As the noughties wore on, however, the glitch became passe and computer music suffered from a dearth of radical new tools. Autechre changed tack. 2010’s Oversteps surprised with its relative earthliness, displaying a newfound focus on ornate, spidery melodies rendered in cool synthetic tones. It was a sound that harked back to the the duo’s earliest work, and some fans treated it as a backward step – or, worse, a capitulation to nostalgia.

Still, with the recent rise in popularity of obtuse, quasi-academic takes on dance music – most notably through Bill Kouligas’ PAN label – Autechre’s MO seems as relevant as it ever has. And indeed, Exai does feature occasional gestures towards the brave new world outside Booth and Brown’s creative bubble: the sunny ‘jatevee C’ rolls along at a faintly dubstep-like 138bpm; ‘runrepik’ could be read as the duo’s take on footwork. But mostly this LP, their 11th, showcases by-now familiar techniques: hip-hop and electro frameworks subjected to MC Escher-like recalibrations, and synth etudes whose edges flake away into clouds of particulate matter, as if subjected to intense solar winds at close range.

What perhaps sets Exai apart is its relentless murkiness. Sure, there are occasional references to Oversteps’ glossy majesty – in ‘irlite (get 0)’’s fiddly synth leads, or the strident melodics of closer ‘YJY UX’. But more common are pitch-black, suffocating noise-textures (the end of ‘vekoS’), rhythms that heave and fart their way into existence (‘1 1 is’, ‘FLep’), basslines that gurn and twist as if being subjected to subtle digital tortures (‘FLeure’). This is a dark record, and one that doesn’t pull punches – but then such a description could be applied to much of the duo’s output. Exai is best read as a proficient folding-together of the last 15 years of Autechre, and its best moments are exceptional: the perverse groove science of ‘prac f’, or 12-minute epic ‘bladelores’, whose pristine chord-textures, unfolding with tectonic slowness, are the apex of the record.

Clearly though, covering so much ground in one album was always going to present problems. Concision has never been Autechre’s strong point, but where recent albums have had their offcuts and revisions gathered in auxiliary releases – Quaristice.Quadrange.ep.ae, Move Of Ten – here it’s all rolled into one formidable two-hour double LP. Frankly, thoughtful sequencing isn’t quite enough to make this package digestible. Of the several ten-odd minute long tracks, about half fail to justify their length, and by the time we arrive at the ambling ‘cloudline’ patience is wearing thin. But Exai is redeemed in its dying moments by ‘deco Loc’: a low-slung number whose use of fractured vocal samples, dreamy but slipping into dissonance, makes it perhaps the closest Autechre will ever get to J Dilla. Booth and Brown are old hands these days, their territory firmly staked out. It’s gratifying to see, if only briefly, that they haven’t lost the element of surprise.