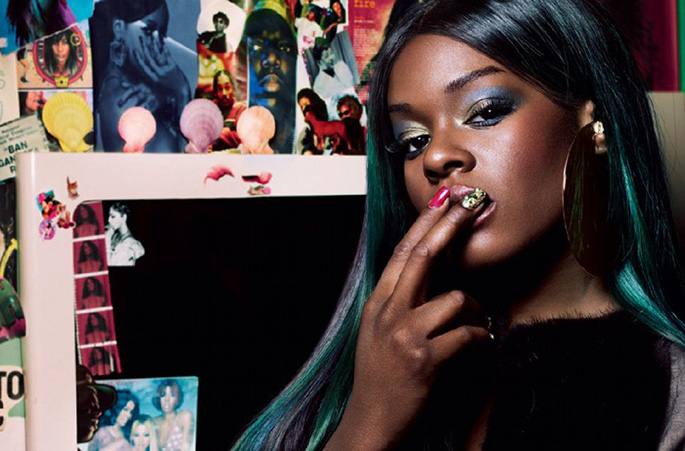 As reported, Baauer made a copyright claim last week over Banks’ unauthorised and uncredited version of his signature hit. After some preliminary to-and-fro, Banks let loose on Twitter, lambasting Baauer as a “pussy” and a “faggot”. Censure subsequently arrived from The Gay And Lesbian Alliance Against Defamation and Perez Hilton, the latter of whom was also branded a “faggot”.

As Pitchfork report, Banks is now claiming that Baauer sanctioned her interpretation of the track all along. Banks sent a Twitter message to Baauer on Saturday saying: “I can post emails showing where u gave me permission to use Harlem shake”. Banks has also taken aim at Diplo, whose Mad Decent outfit put out ‘Harlem Shake’. Banks’ string of confrontational messages reads:

diplo you’re a real fucking snake. you owe M.I.A everything you have.

Men and their ego’s.

Amidst all the ire, Banks’ feed contains one interesting nugget: she’s apparently working with Ariel Pink. According to a post – “Azealia Banks and Ariel Pink in the studio today” – the unlikely pair are collaborating. The video for Banks’ contentious ‘Harlem Shake’ vocal is below.