Pop has eaten itself: Autre Ne Veut speaks out 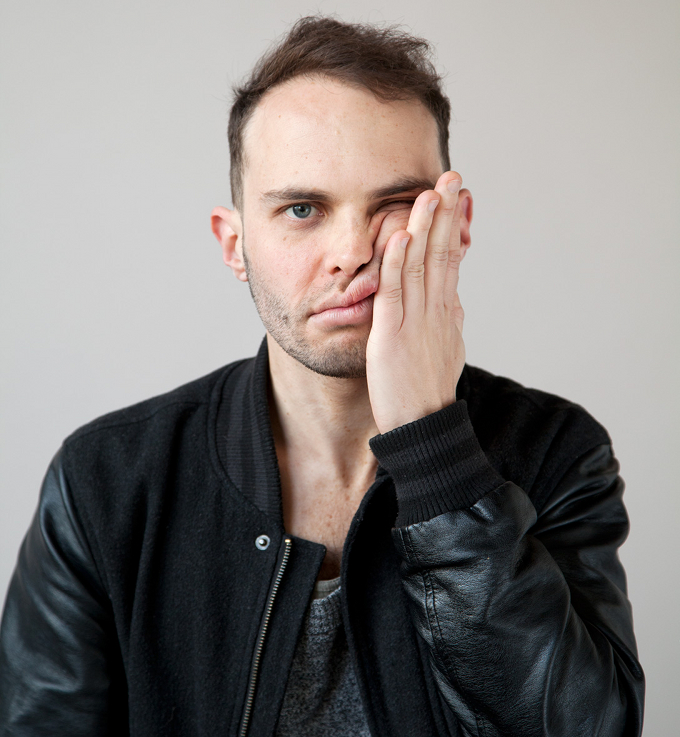 One artist who seems poised for a similar breakthrough this year is Brooklyn’s Autre Ne Veut. Autre Ne Veut (real name Arthur Ashin) emerged in 2010 with a divisive self-titled album that found the artist recontextualizing 80s and 90s pop tropes with a penchant for melodramatic warbling and stomach-turning sonics. Body followed in 2011, and while it is perhaps (regrettably) better known for its evocative cover art, the EP built on the perverse pop machinations of his debut.

On February 26, Autre Ne Veut will release Anxiety on Daniel Lopatin and Joel Ford’s Software label. Anxiety is Autre Ne Veut at his most fully-formed and immediate. Lead singles ‘Play by Play’ and ‘Counting’ are two of his finest compositions yet, and the entire album bristles with the hooks and hallmarks of timeless pop, with the idiosyncratic touches of his earlier efforts intact.

FACT spoke with Autre Ne Veut about “failure pop,” his goals for Anxiety, and what software ubiquity means for a generation of like-minded musicians.

“That’s failure pop to me: attempting to do something but you don’t really know what you’re doing, and then the outcome is kind of beautiful in its own way…”

You started this project several years ago, but only released music under the alias beginning in 2010. How has the music changed over that time frame?

“The superstructure or the framework of what I’m trying to do is the same thing as I was trying to do in 2005, with different technology and different cultural influences, but basically the same idea: working with and against pop forms in different ways as much as possible.”

Around the release of your debut album, the term bandied about was “failure pop.” Would you still attribute that term to what you’re doing?

“Yeah, people can still tell this isn’t real commercial pop music [laughs] but I was definitely borrowing from that framework. I don’t know, failure pop… I was really obsessed with this idea of established super artists, Marvin Gaye and Stevie Wonder, having weird technology late in their career. Midnight Love and In Square Circle are bizarre records made by verified super stars after their critical peak was over, but when they were still given free reign in the studio, just based on their legend.

“Synthesizers were becoming increasingly part of the standard studio set-up – just the different bizarre things that they would do with those that was really uninstinctive, or what at least now feels uninstinctive, knowing the direction the synthesizer took and the way that it’s been used.

“Instruments end up becoming themselves over time — they don’t start out being themselves. Through use, trope builds up and reminds everyone of certain things. ‘That’s what an 80s synth is’ or ‘that’s what a trance synth is’ or whatever, literally just because of repeat usage. [Those records were recorded] at a point in time where there wasn’t enough background to make sure that anyone knew how to use these things.

“Midnight Love, for example, except for ‘Sexual Healing’, is weird grooves, midi-sync grooves, with Marvin just closing his eyes and riffing on top of it, probably over and over it again. That’s failure pop to me: attempting to do something but you don’t really know what you’re doing, and then the outcome is kind of beautiful in its own way, but it has nothing to do with pre-defined expectations.”

Do you feel comfortable with the synthesizer as you try to achieve those outcomes?

“Yes and no. For me, this was an experiment in trying to play with very contemporary pop forms, this new record. I don’t sample; I don’t know how to sample, and that’s why I don’t do it. I don’t think I’m above sampling, it’s just every time I’ve fucked with that, it doesn’t sound interesting to me and it doesn’t work. I spent a lot of time trying to get my Access Virus to sound like all of the other instances of an Access Virus. And it certain places I kind of came pretty close and others I totally failed to do that.

“My failure is in the sense that I’m attempting to culturally reference things that I don’t really know how to do and I’m not doing my research. [laughs]”

“I had an ethnomusicology class in college and picking apart Paul Simon’s Graceland was kind of a nightmare, especially since I like the record, you know?”

That’s definitely been the trend the last few years, this idea of cultural appropriation or referencing of 80s and 90s pop and R&B.

“As far as cultural appropriation, I’m not even talking about R&B as much as I’m talking about Top 40. R&B appropriation and the race politics behind that is so complicated, I’m not sure I could ever wrap my head around it entirely. I had an ethnomusicology class in college and picking apart Paul Simon’s Graceland was kind of a nightmare, especially since I like the record, you know?

“Contemporary pop is racialized, for sure; it’s as much Britney Spears as it Rihanna or Azealia Banks or A$AP Rocky or Kanye West or whatever — there’s a lot of things going on. It’s not like I’m dipping into some hidden source and trying to take field recordings in Appalachia of people on their wrap around porches or whatever: this is all stuff I’m hearing in my world!” 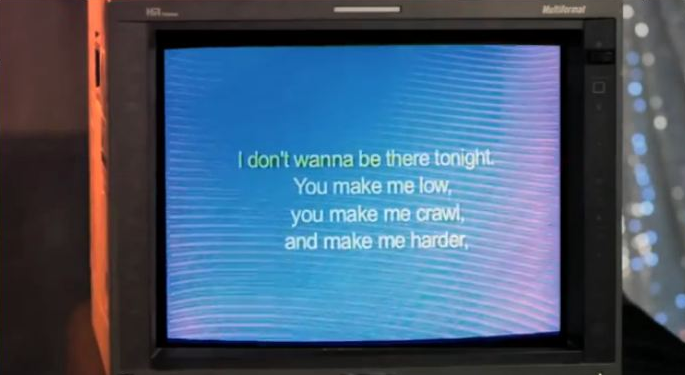 Growing up, what was your relationship with pop music?

“I listened to alt-rock like everyone else – Nirvana and Pavement were pop, in a way, but shit was so much more racialized in the 90s. It was very racially delineated in this bizarre way. I was listening to Michael, Madonna, Janet, Whitney – all that stuff was in my purview and it was stuff I liked. I’m sure I was embarrassed of it a little bit but I liked it. There was also the alt-rock/punk side, and I listened to the Dead Kennedys and Nirvana and the Breeders.

“I didn’t have very much top-down musical education – first I listened to what my parents listened to, then I had my own penchant for listening to stuff, and I figured it out from there. Listening to [New York Top 40 station] Z100, listening to Vanessa Williams and Nirvana side by side, Ace of Base and whatever [laughs]. I always listened to pop. There was a period in my teen years where I probably resisted it more, but it was always there.”

“I had this fantasy that Meredith Monk and trap beats can fit perfectly together, and I don’t know how that’s gonna happen, but I’d really love to try.”

How has your sense of what this project means or your goals for it changed?

“My goal is to keep this project interesting to me. This project is built more on an ideology rather than a series of musical reference points: it’s more about dealing with music that I really truly love, but working with and against it, whatever it is – within the context of pop form, not outside of that. Definitely dealing with pop music, but in a broad sense. My first record, for me, was really indebted to reggae and obviously 80s music – although that was mostly a function of my failures as a producer, but that’s fine.

“With this record I was trying to deal with contemporary Top 40, but then, of course, while I’m doing that, I spent a lot more time with Timbaland beats than with trap beats, so there aren’t trap beats on this record. But I’d like to fuck with trap beats! That marrying of unrelated things a little bit… For whatever reason, I had this fantasy that Meredith Monk and trap beats can fit perfectly together, and I don’t know how that’s gonna happen, but I’d really love to try.”

You’ve said you like your music to be a Rorschach test. What does that say about people who find sexuality in a song like ‘Counting’ or the cover to Body?

“Rorschach is considered a projective test, clinically, and one of the major criticisms of that school is that they’re always more leading than they should be: they’re not empirically pure. Like, that thing really looks like an evil bat! Ultimately, it probably says a lot more about me than about anyone else [laughs]. The Body cover is clearly intended to be sexual but it was not intended to be women’s genitals – and it’s not – but it’s intended to be ‘body’ in a visceral and sexual way.”

Do you have any thoughts on all these artists who are referencing 80s pop and R&B?

“What is going on? I don’t know, it’s cool [laughs]. The younger people I know making music [in New York] are referencing 90s UK techno that they weren’t listening to as kids — they might have been, I don’t know, I know I wasn’t. That’s a world of music that I know nothing about and there’s this American reappropriation of UK pop that feels even more weird – but I guess you have to go to the next extreme: the thing you just kind of glossed over in your early years that is half nostalgia/half memory, but was totally out of the purview of what was going on.

“I think that software ubiquity means there are tons of people doing tons of different things. Then when a trend happens, those people come out of the woodwork — myself included, obviously — and try to affiliate ourselves with whatever can get people to listen to what we’re doing [laughs]. My sense is that’s probably what’s up. And of course, once that becomes a thing, there are people who are like ‘I love How To Dress Well, I’m going to make music that sounds like How To Dress Well.’ That can happen in real-time, if they get their shit together super fast, and then they’re doing it within a year.”

Whereas you’ve been doing this project for several years.

“Which is unfortunate. I’m going to have to figure something else out just to keep myself entertained [laughs].”

When people start using Autre Ne Veut as a reference point, it may be time to move on.

“Exactly, but that may be a while.”