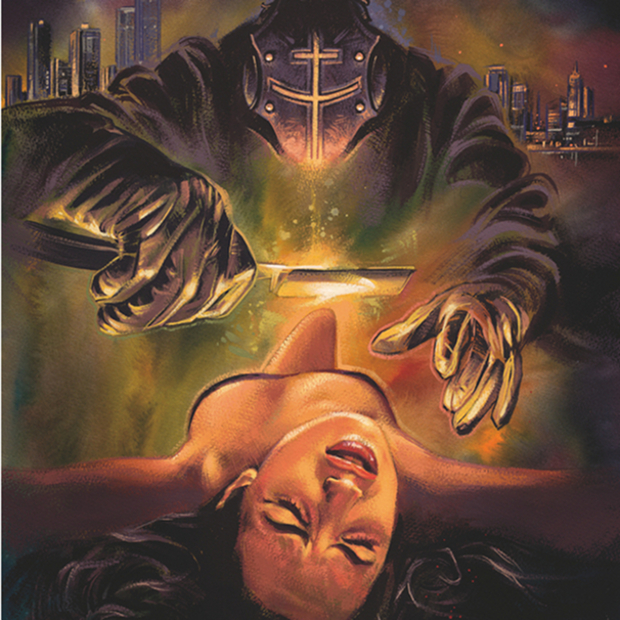 A special series of Death Waltz Recording Co 7″s is planned collecting an assortment of vintage TV themes. One instalment will yoke the Star Trek theme to the signature tune from Lost In Space, pressed onto black and glitter vinyl. Another disc will collect the themes from The Twilight Zone and The Outer Limits, whereas the music from Alfred Hitchcock Presents and The Munsters will be brought into productive proximity on a third disc. Each record will be limited to 1000 copies, with 7″ x 7″ artwork from Sydney-based design duo We Buy Your Kids.

The label will also release a pair of relatively contemporary film scores. First on the list is Italo disco producer Antoni Maiovvi’s Yellow: Original Music From The Short Film. As demonstrated by sample track ‘Driving Theme’, available below, the record is a light and limber collection of self-styled “horror disco”. Rather brilliantly, Yellow will arrive on yellow, blood-splattered vinyl in a “retro cut disco bag sleeve”.

Zombi’s Steve Moore will also release his score for 2005’s Horror Business, a documentary flick about the horror movie industry featuring turns from bigwigs like H.G. Lewis and Sid Haig. The record will be pressed onto black and red vinyl, and will also come in a bespoke “disco bag sleeve”. Once again, both records will be limited to 1000 copies.