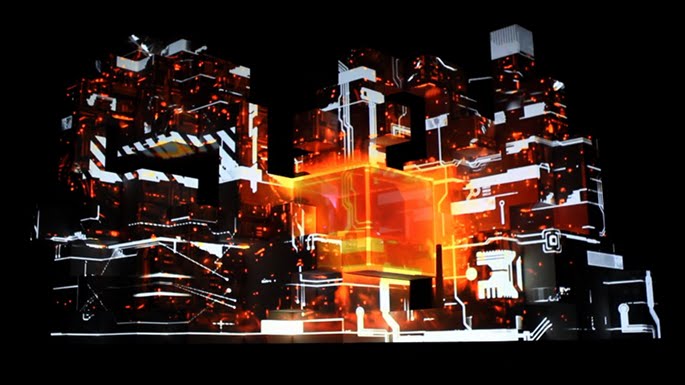 Update: Actress has now been confirmed as the support act for the farewell ISAM show, with the Werk boss signed up for a full live set. Tobin, incidentally, has also promised to “stick the cubes in the desert and set them on fire” after the show, so it looks like this really is going to be ISAM’s last stand.

Amon Tobin’s ISAM spectacular has just about passed into legend.

Tobin’s multimedia show – featuring highly complex projections beamed onto a wonderfully elaborate set – first did the rounds back in 2011. The ‘Beyond 3D’ concept ended up touring the world, filling The Roundhouse and The Sydney Opera House. The Ninja Tune regular has retooled and enhanced the show – and now ISAM 2.0 is coming to the UK.

Soundcrash will host a performance of ISAM 2.0 at London’s Hammersmith Apollo on Friday March 8. The new version is twice the size of the original setup, and features new visual elements. The music also promises to be beefier than the previous set, making this one well worth pencilling in the diary. Note: this is the last time the show will be performed in the country.

A trailer video is below. Head to the Soundcrash page for more information. The show was originally scheduled for February 23; tickets for the original date are still valid.