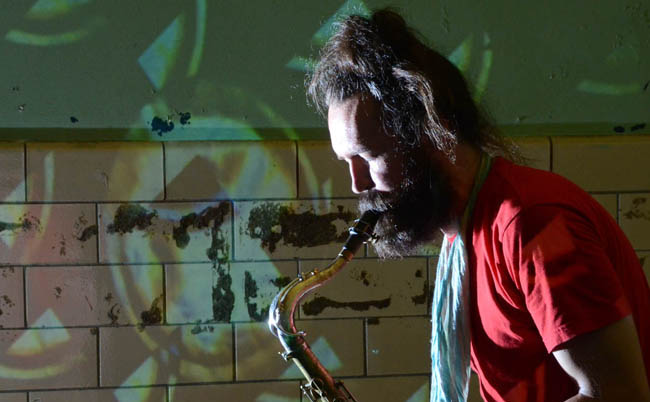 Led by saxophonist Sam Hillmer, the rotating composer’s collective have been toiling away since the start of the last decade, turning out 12+ EPs and LPs ranging from slanted be-bop to experimental jazz-meets-metal. A list of their tourmates and collaborators emphasises their crossover appeal: Battles, Animal Collective, Gang Gang Dance and Genesis P-Orridge have all shared bills or studios with them.

Their breakthrough record was 2010’s remarkable New Slaves, a brutal, digitally manipulated noise rock record with serious teeth. Last year’s Score: The Complete Sextet Works: 2002-7, which collected work from the band’s early days as a sextet, also happened to be one of our favourite reissues of 2012.

The band will release new album Grain in April through regular home Northern Spy. The record will feature two extended tracks, ‘Grain Part One’ and ‘Grain Part Two’. Intriguingly, the record promises some correspondence between older and newer iterations of the group. The tracks were originally recorded by Hillmer with guitarist Ben Greenberg and drummer Ian Antonio, both of whom have now moved onto other things. The tracks were then “refashioned by the current members of Zs”: Hillmer and new guitarist Patrick Higgins take on ‘Grain Part One’, and drummer Greg Fox has a crack at ‘Grain Part Two’.

Grain will arrive on April 30. [via Exclaim]