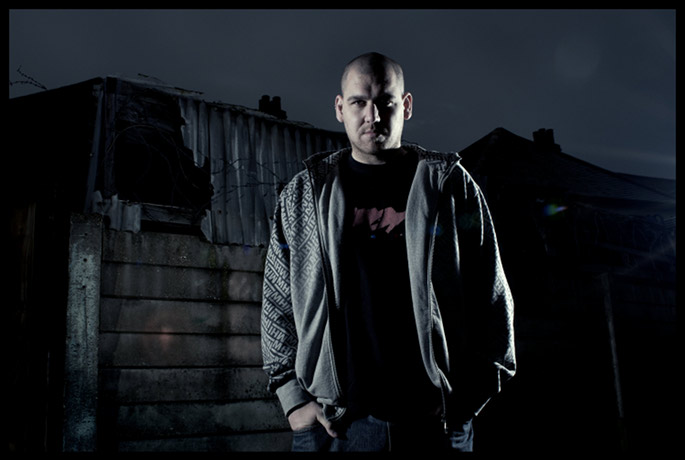 Run by Rob Booth of the Electronic Explorations blog, Houndstooth have already announced a new EP from JR Seaton’s Call Super project. When we nattered with Booth about Houndstooth, he told us to expect further releases from Al Tourettes, _Unsubscribe_, ∆kkord and King Cannibal. As it happens, the label’s next release will come from the last name on that list, here trading as House Of Black Lanterns.

King Cannibal, aka Dylan Richards, began his musical life in the late 1990s as ZILLA, producing chaotic mix CDs that squidged IDM, chart pop and spoken word into highly concentrated packages (see 2004’s One Foot In The Fire, One Fist In The Air). He gradually morphed into King Cannibal, releasing a string of  EPs and albums of creolized d’n’b/dancehall on Ninja Tune. The House Of Black Lanterns alias was first unveiled on Booth’s sprawling 2012 Electronic Explorations compilation, with Richards remixing Ghettozoid’s ‘Boy Toy’. Described by Richards as “new no wave”, the remix exchanged those d’n’b influences for glowering techno at 125bpm.

The forthcoming Truth And Loss EP will feature two new tracks, and promises a similar emphasis on the dark and the dour. The title track captures some of ‘Boy Toy”s dystopian feel, whereas ‘Like A Warrior’ is a spartan dubstep number with a vocal from Juakali. The compilation also comes bundled with two remixes –  a remix of ‘Truth And Loss’ from Exit Recordings-approved d’n’b producer Fracture, and that aforementioned Ghettozoid edit.

Truth And Loss is out on March 25 [Juno Plus]

Update: Ross Tones, aka Left Blank/A Future Without boss Throwing Snow, has also announced this afternoon that he has inked an LP deal with Houndstooth. Writing on his Facebook page, Tones wrote: “Proud to announce I’ve signed an album deal with Houndstooth, the new label from Fabric Club London A&Red by Rob Booth. Really looking forward to getting the album written…..but first I’m off to support Atoms For Peace with Actress :)”.