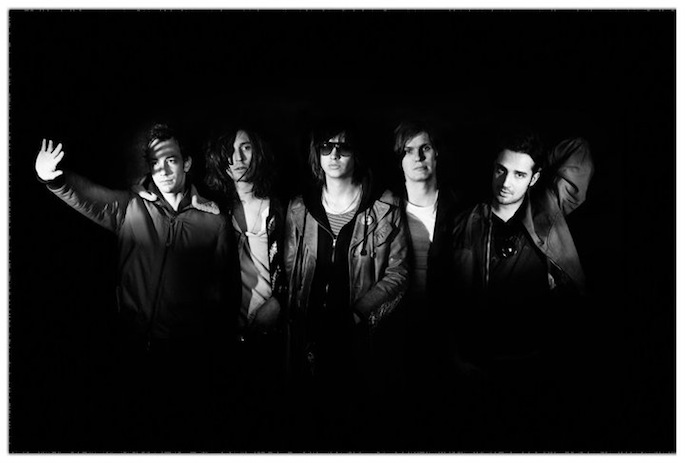 While The Strokes’ fifth album is due out on March 26, it does not appear that the band will tour in support of it. When asked about live shows, Fraiture told Lowe, “I don’t know. I would love to tour,” but added that none were planned.

As for the recording of Comedown Machine, Fraiture said the band “hashed it out all together like the good old days,” as opposed to the recording of Angles, during which vocalist Julian Casablancas removed himself from the process.

Still, the future of The Strokes seems tentative: “It’s kind of funny that new music doesn’t feel as natural as it used to but for us, posting it when it is done feels like that is the way it should be done,” he says. “When you make music you go up down, sometimes you feel strong and sometimes you feel scared. Right now, we just finished the album and I feel good about it and the atmosphere in the band. Hopefully it continues.” [via NME]