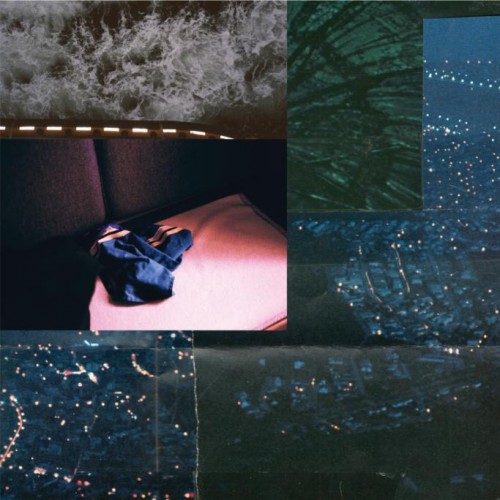 Alter Records have announced the release of a new LP by Damien Dubrovnik.

The duo of Loke Rahbek and Christian Stadsgaard are probably best known as co-founders of Copenhagen-based label Posh Isolation, one of the leading stables in the new wave of noise, industrial and minimal synth music. Posh Isolation has put out over 90 releases since it’s beginnings in 2009, focussing largely on local talent like Lust For Youth, Croatian Amor, Puce Mary and Iceage, but also well-regarded names from further afield like Skullflower and Sump.

As well as working together as Damien Dubrovnik, Rahbek and Stadsgaard are involved in a number of solo and collaborative projects such as Sarah’s Charity, Sexdrome, Var and the aforementioned Lust For Youth (now signed to Sacred Bones in the US). Their new album, entitled First Burning Attraction, is the first long-form Dubrovnik work to be widely released. According to Alter, it “draws explicitly from DIY minimal synth traditions and the canon of European Industrial music, resulting in the strongest manifestation of their sound so far”, with “new acoustic-based sound sources, primitive bass pulses and more disciplined dynamics.”

The record was mastered by Viktor Olsson and cut by Grammy Greg at Masterpiece, and will be released on March 25, 2013. Check the Soundcloud player above for an audio preview.

London-based Alter Records is the brainchild of Luke Younger, whose own music as Helm – most recently the PAN album Impossible Symmetry – has garnered much acclaim. Previous Alter releases include sides by Richard Youngs, Hieroglyphic Being and Liberez. More information here.

Tracklist:
A1. Key of Unesco
A2. Pacha Counterfeit
A3. The Boys Lay Flat on Their Stomachs
B1. Blue Mussels
B2. Necklace
B3. First Burning Attraction