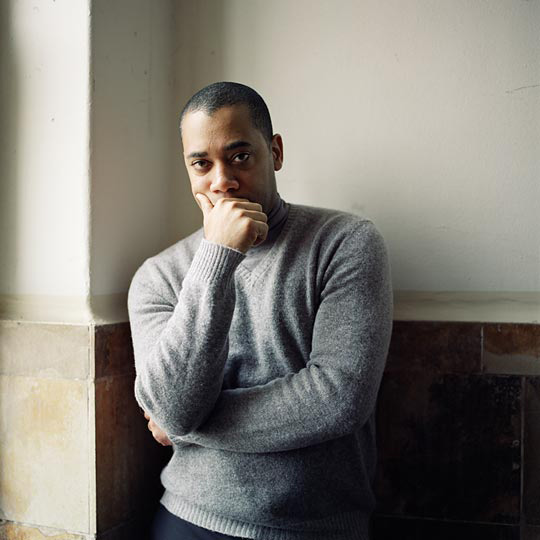 Theo Parrish’s classic ‘Falling Up’ has been remastered and reissued for 2013.

Released halfway through the last decade, ‘Falling Up’ is best known for Carl Craig’s rework of the song – a track that, as Third Ear explain in the sales notes for this reissue, isn’t even really a remix, as Carl recorded all the parts from scratch. Craig’s remix was released on a standalone 12″ at the time, and swiftly became inescapable in the right clubs (and a lot of the wrong ones, too), but now comes packaged together with the Parrish original, both tracks remastered by renowned engineer Stefan ‘Pole’ Betke.

You can stream audio of both remasters here; the single is out now on both vinyl and digital (it appears to have been first been announced a month or so back, but we missed it the first time around). You can read FACT’s guide to The Essential… Theo Parrish here, and stream Carl Craig’s 2012 FACT mix here.