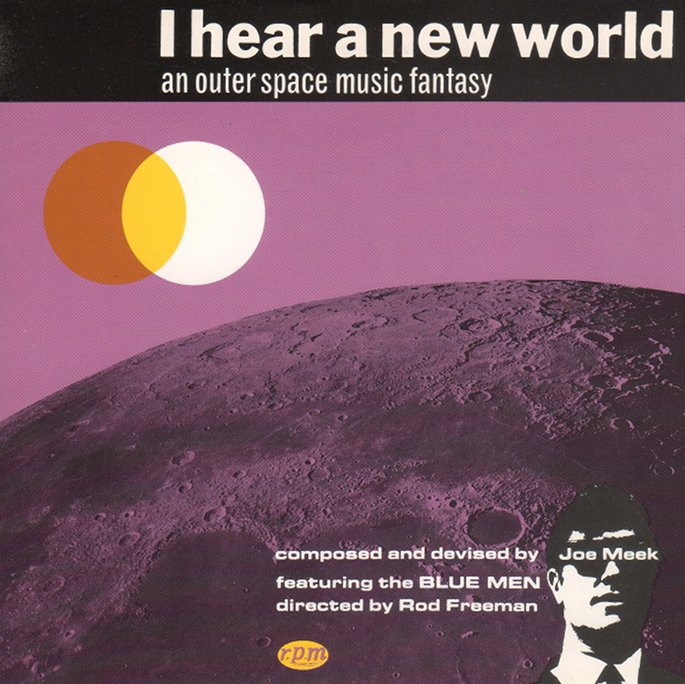 An expanded edition of Joe Meek’s remarkable 1960 “outer space musical fantasy” I Hear A New World will touch down in March.

As the slew of documentaries and films dedicated to his life suggests, Meek remains an endlessly compelling figure. One of the most celebrated engineers of the 1950s and 1960s, he oversaw hits by The Tornados and Lonnie Donegan, and helped pioneer techniques like overdubbing, sampling and reverb. After a string of business worries and personal difficulties, Meek suffered a spectacular breakdown, shooting his landlady and taking his own life in 1967.

Originally marketed as a stereo test recording to hi-fi shops, the album never saw official release, instead circulating in truncated form as an under-the-radar EP. After languishing in obscurity for decades, it’s now regarded as a quirky gem from electronic music’s springtide, with David Toop and Lewis Taylor among those to extol its virtues.

Glasgow label PoppyDisc, previously home to releases from Jacques Brel and Moondog, are set to reissue I Hear A New World in its entirety. The new edition has been fully remastered, and features all 12 original tracks in the order Meek originally intended.

The disc comes bundled with a supplementary 35 minute interview with Meek, titled ‘A Day In The Life’. Recorded in 1962, the interview sees Meek run through his humble beginnings, show off his private studio and walk the listener through his idiosyncratic methods. An enhanced CD-ROM track, featuring a short interview for Granada TV’s World In Action, is also included.

I Hear a New World is due on March 18. The peerless title track is below.