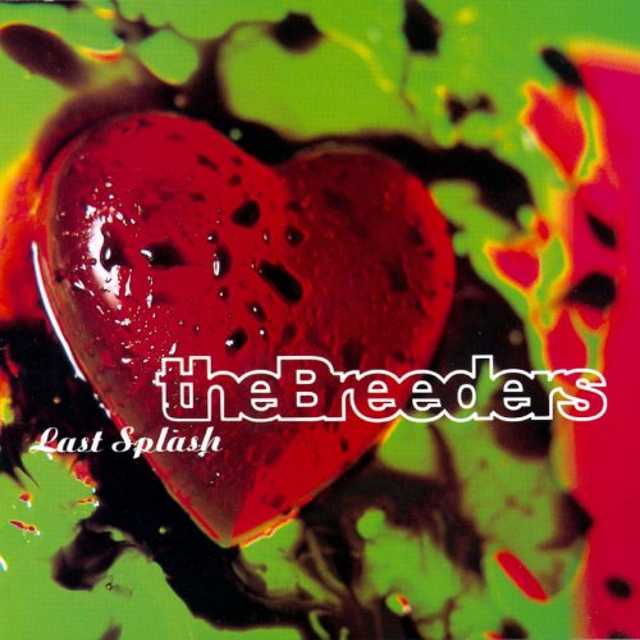 As reported, The Breeders’ 1993 sophomore LP Last Splash is getting the emerald anniversary reissue treatment from 4AD – and they’re not doing things by halves.

The label have now announced full details of the limited edition Last Splash reissue, rebranded as LSXX for the occasion. Alongside a remastered vinyl pressing of the LP, the box set will feature four 10″ EPs dating from the Last Splash era (‘Safari, ‘Cannonball’, ‘Divine Hammer’ and ‘Head To Toe’). A 12″ copy of a July 1993 BBC radio session will also be included, backed by the original 1992 demo recordings for the album.

Concert album Stockholm Syndrome, previously only available as a fan-club exclusive, will also be bundled. The record documents a 1994 show in Sweden, and will feature nine previously unreleased live tracks . A 24 page booklet, including previously unseen photographs taken from the 1992 recording sessions, will also be included.

All the above will also be available in a 3xCD edition. The band’s classic 1993 line-up will reunite to perform the album in full at Deerhunter’s ATP Festival, running form June 21-23. LSXX is due on April 22; the long, long tracklisting is below.

Disc 2 – The Stockholm Syndrome (Live In Stockholm) – 12-inch vinyl
Shocker In Gloomtown
New Year
Hellbound
Saints
Hag
I Just Wanna Get Along
S.O.S.
Roi
Head To Toe
Happiness Is A Warm Gun
Cannonball
Invisible Man
Doe
Drivin’ On 9
Don’t Call Home
Limehouse
(seven of these tracks were previously released as a limited-edition, fan club only release via the Breeders’ Digest; the other nine are previously unreleased)

‘Safari’ EP – 10-inch vinyl
Do You Love Me Now?
Don’t Call Home
Safari
So Sad About Us

‘Divine Hammer’ EP – 10-inch vinyl
Divine Hammer (single version)
Hoverin’
I Can’t Help It (If I’m Still In Love With You)
Do You Love Me Now?