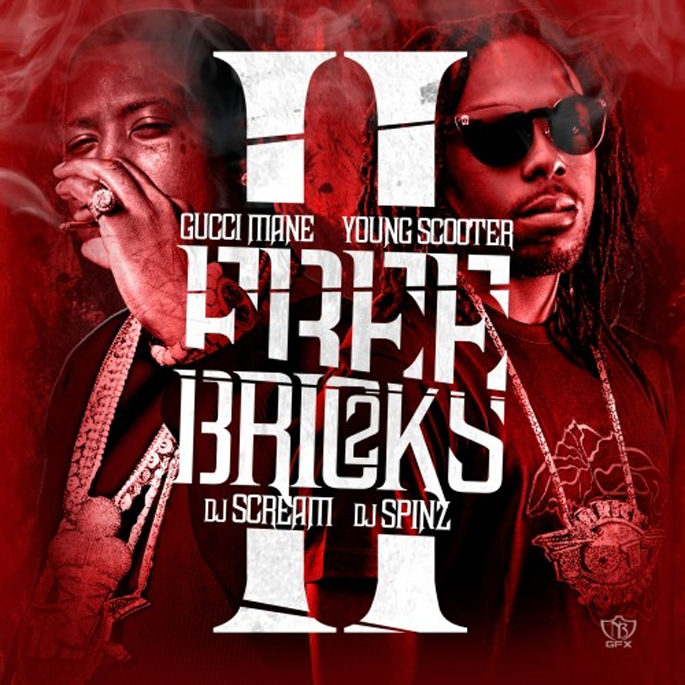 Waka Flocka Flame‘s home team might be rattling them out right now (with his own DuFlocka Rant 2 and Yung Thug’s 1017 Thug dropping in the last few weeks alone) but almost unbelievably, the quality has been unshaken by the increase in pace. It’s no secret that rap’s most eccentric Georgian Gucci Mane has rediscovered his mojo recently, and his return to form continues on this second collaboration with fellow ATLien Young Scooter, who himself just dropped the underrated gem Street Lottery.

Anyone who swiped the ridiculously sick  2012 highlight I’m Up shouldn’t be surprised to hear that there’s a similar nudge towards the slower, darker side of the spectrum rather than a pandering towards the rapid-fire drill that the rest of the country is fetishizing and it’s a good look for Gucci and Scooter, with both rappers sounding like they actually give a damn. Featuring hype standouts like the creepy synth-led ‘Remix Rerock’ and the blasted ‘n blunted ‘Damn’ this certainly bodes well for the rest of 2013’s Brick Squad schedule.