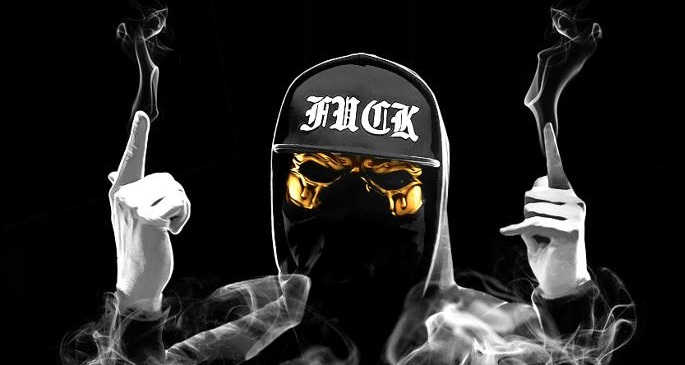 Masked producer and self-declared “trap god” UZ will release his debut mixtape in the coming month.

The French DJ, who reinvented himself as the living embodiment of trap-EDM, or trap-rave, or whatever it’s called this month, broke through with a series of instrumental releases, simply titled ‘Trap Shit Vol. [insert number here]’. The problems with the trap-as-dance-music trend have been well-documented, but some of UZ’s free tracks were excellent, particularly the icy, paranoid ‘Trap Shit Vol 9’, while his recent remix of Birdy Nam Nam reminded us of Young Smoke’s cyber-footwork turned high-res.

Titled Balltrap Music Vol. 1, the mixtape will drop via Live Mixtapes. There’s no public tracklist yet, but it’ll be available here when ready. Stream that Birdy Nam Nam remix below.