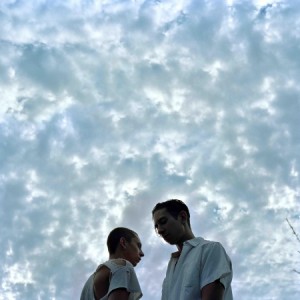 Inc.’s No World opens impressively with ‘The Place’, a song that sets the sonic table for the rest of the album: Andrew Aged’s lilting vocals suspended between the warm low-end and a snap-crackle-pop melange of piano, guitar, and percussion. But the most revealing element of one of the album’s most memorable offerings is its lyrical hook, “It’s here like you already know / I feel like we’ve been here before / The place we already know.” Ostensibly about returning to the arms of familiar lover, I can’t help but hear an acknowledgment of the duo’s nostalgia-heavy sound.

Rather than the diffused influence that the genre plays for artists like The xx and How To Dress Well, or the rhetorical touchstone for someone like Autre Ne Veut, Inc. obsessively and directly pay tribute to the hallmarks of R&B songcraft. But while indebted to the music that came before it, No World is very much of the here and now.

The most-quoted biographical detail about brothers Andrew and Daniel Aged — their stints as session musicians for the likes of Beck, 50 Cent, Pharrell Williams, Cee-Lo and Elton John — is instructive. In less capable hands, No World’s genre mining would be pastiche. It’s the brothers’ effortless musicality that allows the album to transcend its component parts and yield something that is decidedly modern: studio precision in service of a streamlined sound.

So, while certain elements are familiar, be it a hushed verse that evokes Prince (‘Black Wings’) or shifty, skittering percussion seemingly borrowed from Timbaland (‘Lifetime’), this is Inc. defining a trademark sound in a way that was only hinted at on their earlier releases. Lush is the watchword. While their contemporaries’ concept of bass descends from the dubstep tradition, where the low-end is a stomach-churning wave, Daniel opts for soulful, fingerstyled basslines that have a life of their own. Andrew’s guitar work is called upon for a variety effects: melancholy chord changes, crystalline riffs, or something messy and organic, like the audible sliding of ‘Desert Rose (War Prayer)’.

One element that could stand to be more varied is Andrew’s vocals. His breathy falsetto is a sensual throughline on No World, but it’s often too gentle and prone to getting lost in the mix. The crystal clear choruses and unexpected vocal ad-libs on ‘Trust (Hell Below)’ are more in-line with the standards of vocal-focused R&B, and it’s a welcome change of pace.

The point where these disparate pieces come together most effectively is the centerpiece of No World. On ‘5 Days’, gut-punching bass, dynamic percussion, a layered melody, and yearning vocals seamlessly combine into a song that has all the makings of an instant classic.

After ‘5 Days’ and ‘Trust’, however, No World seems to lose focus. The second half is bookended by ‘Your Tears’ and ‘Nariah’s Song’, the former an interlude that plays like a bit of studio voyeurism, while the latter closes the album with a simple piano melody and swells of fuzz. In between, Inc. playfully toys with 80s R&B aesthetics (‘Seventeen’) and embraces the gauzy, trap-inflected world of electronic-R&B hybrids (‘Careful’).

Like their contemporaries, Inc. is obsessed with quiet storm, neo-soul, and the highlights of the Timbaland-Aaliyah partnership. But while other artists have submerged those references in their work, Inc. confronts their forefathers head on. After toiling for a handful of musical legends, the Aged brothers are ready to use their musicality to showcase themselves. So if it “feel[s] like we’ve been here before,” blame it on déjà vu: this is a new sensation, even if you can’t shake that familiar feeling.