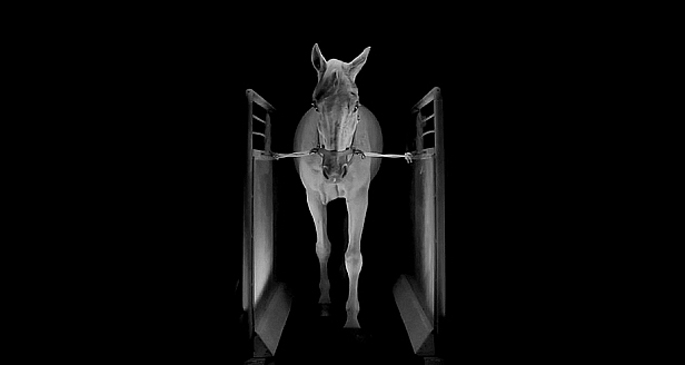 PAN was our favourite label 0f 2012, and it looks like their 2013 is going to be just as unique and essential with this brand new video from Greek trio Mohammad.

Coming from Beben films and accompanying the track in suitably creepy style (horses are creepy, OK?), this is the second taster we’ve had of Mohammad’s imminent third album (their first for PAN), and gives us another example of their harrowing cello-led drone. The band is made up of experimental legend Nikos Veliotis, Coti C and ILIOS and uses contrabass, cello and oscillators to expunge monolithic doom that wouldn’t sound out of place on Sunn O)))‘s last few records. This is PAN, however, and while the dark drones first hint at doom, there are also references to Godspeed! You Black Emperor and acoustic drone pioneer David Darling in there too, just for good measure. Sterling stuff and business as usual from PAN then – Som Sakrifis drops on LP and digital on March 7.