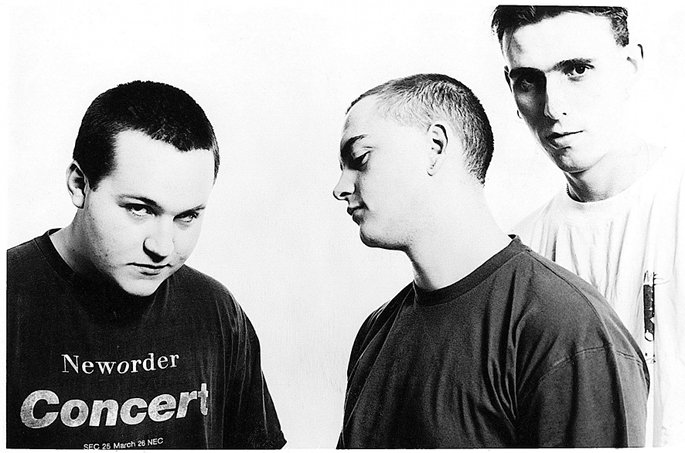 The Disco Inferno story has been told many times in the last year or two, and it’s a good one.

After some rewarding but relatively unremarkable post-punk releases around the turn of the 1990s, the Essex three-piece began incorporating MIDI and sampling technology into their set-up. The result was a quietly revolutionary, sample-heavy synthesis of indie-pop and musique concrète that sounds like little before or since. Although garlanded in some quarters of the music press, they powered on in pretty much total anonymity before disbanding in 1995. You can’t, however, keep a good band down: their staggering run of 1992-95 EPs were given a long overdue official release in 2011, with publications – ours included – tripping over themselves to celebrate their forward-facing sound (we even enjoyed an off-piste FACT mix from the band’s Paul Wilmott late last year).

In the years following the group’s dissolution, singer/guitarist Ian Crause recorded – and subsequently scrapped – an LP with new combo Floorshow and issued a handful of solo releases. His last official disc was 2001’s Head Over Heels EP, which saw Disco Inferno’s sample-play buried under FM power-pop. Late last year, however, Crause broke a decade of silence by posting a new song-suite on his new Bandcamp page. The tripartite ‘The Song Of Phaethon’ took its cues from Ovid and “Britain’s road into Iraq”, and saw Crause singing over over layered noise and sampled exotica.

As Tiny Mix Tapes report, Crause has uploaded five new tracks onto his Bandcamp page, and they show him recapturing some of Disco Inferno’s pioneer spirit. The sample-heavy songs are, for the most part, dolorous: ‘More Earthly Concerns’ incorporates layered crowd chatter and features a “prayer section”, and ‘A World Of Ghosts’ is a “funeral dirge” in the mould of vintage Portishead. ‘The Vertical Axis’ is probably closest in spirit to Crause’s earlier work – an ecstatic, technicolour re-reading of 1990s baggy. Each track also comes with lengthy annotations, suggesting a profound interest in Greek mythology.