We went on Radio 1 and persuaded Roc Nation’s K Koke to freestyle over grime up-and-comer Samename: stream the results inside 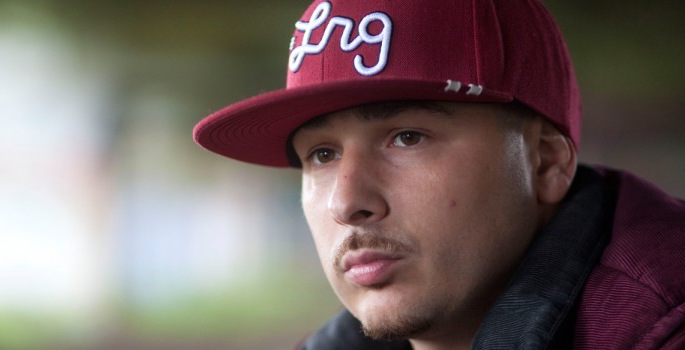 The format of the show is simple: a writer and artist are drafted in to give their opinion on the week’s singles, while also bringing some of their own favourites to play. Last night, the artist on the show was London MC and Roc Nation signing K Koke, whose Rita Ora-featuring ‘Lay Down Your Weapons’ is proving to be one of 2013’s most inescapable UK rap tracks.

Never ones to shy away from an opportunity, we brought Manchester grime producer Samename’s ‘Mishima Curse’, from Pelican Fly’s recent Feathers compilation, to the show, and tried to talk Koke into freestyling over the top. He duly obliged, and you can stream the results below.