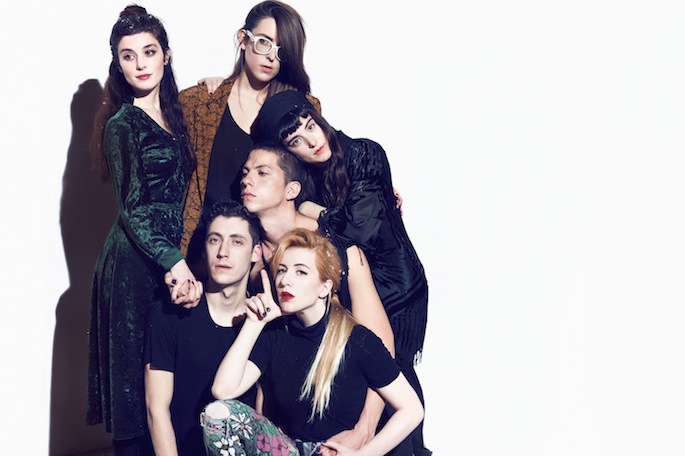 The Toronto synthpop act promises a “quantum evolution” in their sound.

Austra emerged when the goth-tinged synthpop revival was in full swing, releasing Feel It Break in 2011. After spending the last three years touring with bands like The xx, Grimes and the Gossip, the band opted for a more collaborative process on Olympia. “Previously, I would flesh out songs before I brought them to the band, but this time I left them bare and let the others fill them in,” explains bandleader Katie Stelmanis.

Unlike the often dour Feel It Break, Olympia is a “bubbly and buoyant” dance record. “We are really into dense harmonies and big beautiful melodies, but I also love techno and dance music,” says Stelmanis. “I wanted to bring those elements together.” And while Austra still relies on electronic and synthetic elements, the album is free of programming and loops.

Olympia is due out on June 17 on Domino (worldwide) and on June 18 in the US and Canada (on Paper Bag Records in Canada). The first single, ‘Home’, lives up to Stelmanis’ promises, and finds her singing with a very Björk-like warble. The album’s tracklisting and Austra’s tour dates are below.