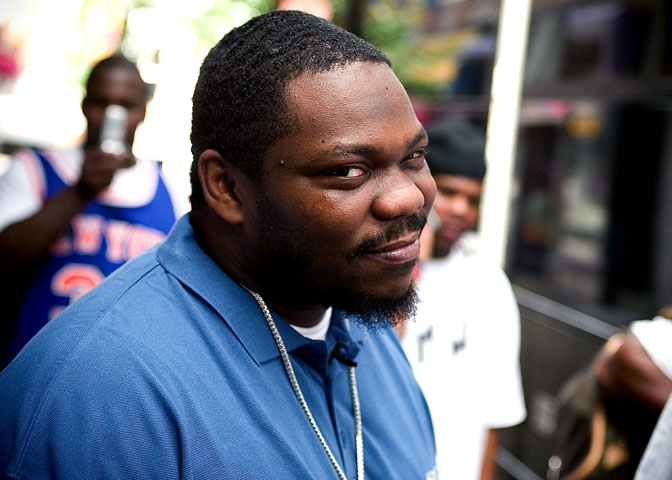 Philly MC Beanie Sigel has pleaded guilty to drugs charges, and faces a sizeable stint in the clink.

Back in August, we reported that Sigel has been arrested in Pennsylvania on suspicion of gun and drugs offences. Yesterday, the rapper pleaded guilty to illegal prescription drug possession, and was sentenced to 6-23 months in prison. Prior to entering his plea, Sigel – who has been incarcerated awaiting trial since his arrest – faced a range of drug possession, firearms and conspiracy charges.

The charges relate to an incident in Tinicum Township, Pennsylvania. According to police reports, Sigel and friend Gerald Andrews were pulled over in the early hours of August 29. Officers found pills, codeine and $4,500 on his person, and a  .38 caliber Smith and Wesson was also found in the car. Both Sigel and Andrews are banned from carrying firearms on account of prior convictions.

Grant’s lawyer Carson Morris made the following statement: “Mr. Grant has been a successful entertainer and musician in the Philadelphia community for decade. Obviously, he’s had an incredible amount of success and opportunity in his life. He’s also made some mistakes, which have ended up putting him in custody. He’s ready to go ahead and put that behind him and move on with is life.”

At the time of the arrest, Sigel had just been sentenced to a two year prison stint relating to a decade’s worth of unpaid taxes. He was also arrested for assault and attempted murder in 2003, although neither charge resulted in a conviction. [via AllHipHop]