King Louie continues #Marchmadness with another flurry of freebies 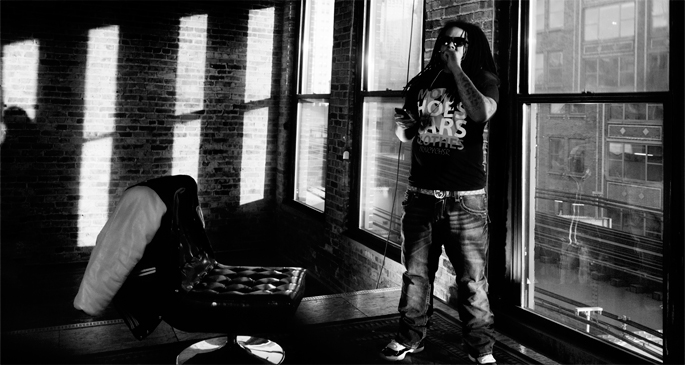 We have to admit we wondered whether King Louie’s promise of dropping a new track each day throughout March was actually going to happen, but eleven tracks in the Chicago rapper doesn’t show any signs of slowing down.

Latest drop ‘I Don’t Luv Her’ again features rapper/producer LoKey who turned heads with last week’s standout Neptunes-indebted slow burner ‘Jockin’ and in contrast with its predecessor, ‘I Don’t Luv Her’ is glamorous, melodic affair, sounding something like a silky-smooth R&B radio hit laced in lean and dropped down a well. Markedly melancholic compared to Louie’s previous work, this is yet another #Marchmadness cut that shows just how willing the drill innovator is to take risks, and hints at the sensitive side Kanye seems to have heralded into rap.

Elsewhere ‘Thumbin’ finds Louie back on familiar ground with a dense club banger that sounds like it could have fallen off his stand-out Drilluminati mixtape and reminds us why we’re refreshing the Soundcloud feed every day making sure we don’t miss the next drop.