Polysick explains how YouTube, warm acid and “deep mind exploration” have informed his work for 100% Silk, Planet Mu and beyond 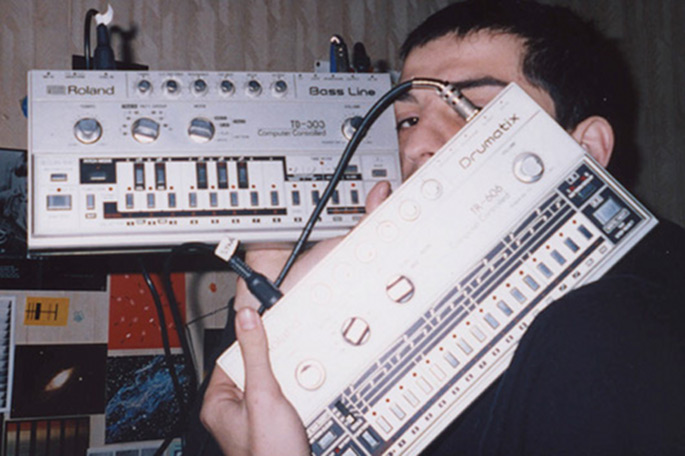 Polysick, real name Egisto Sopor, is in many ways a product of his time.

In typical web-age style, the Rome-based producer’s discography sprawls across several continents, and includes video work alongside music. He’s best known for a very fine album for Planet Mu – last year’s Digital Native – as well as releases on 100% Silk and Legowelt’s Strange Life imprint. Perhaps his most representative project, though, is the Relax & Sleep DVDr released on Sturmundrug records in 2011, a 20 minute collage of vintage TV idents and foggy synth-work designed to lull the viewer into slumber. It’s both seductive nostalgia fodder and ambient music in Eno’s sense of the term: sleek, functional, unobtrusive.

A fascination with sleep states recurs across Sopor’s discography, inviting associations to the nebulous hypnagogic pop movement of a few years ago. But just as pertinent are comparisons to the warm IDM acid found in the discographies of Aphex Twin, μ-Ziq and others. Sopor’s new album Daydream, for Belgian label AudioMER, brings that influence to the fore, focussing on a rounded acid house sound that evokes sleepy urban nightscapes, seasoned with just a hint of peril. FACT caught up with Sopor to talk H-pop, YouTube and deep mind explorers. 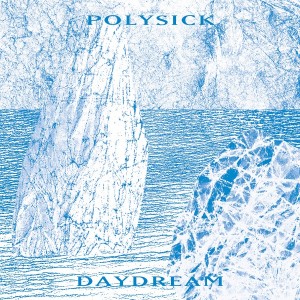 You’re based in Rome. is there a scene there for your music? Or are you a solitary producer?

“There was a huge rave and techno scene in Rome when I was a kid, big events and great producers, like Leo Anibaldi and Lory D. Later on, when I was at University, I used to go to free parties sometimes but the music wasn’t so good for me anymore and I was more into experimental or old stuff, so my productions were quite isolated from what was happening around at the time. Since a couple of years now I started a collaboration with MinimalRome, an excellent Roman label run by passionate people with a total commitment to quality music, and they will release a Polysick 12″ later this year. Anyway, I mostly work with labels abroad.”

“I’m not sure this is music you can exactly dance to.”

The new record feels like it focusses more on the dance side of your output than Digital Native. What is your relationship with dance music? Do you go out and enjoy it in clubs, or is it more of a home listening experience?

“I don’t go out much and I don’t like clubbing; the guys from AudioMER gave me complete freedom and so I decided to go further into this direction which was less explored in Digital Native. Still I’m not sure this is music you can exactly dance to, it’s more for a winter day listening at home. I mean, 909 kicks and basslines are there, but there is always a dissonant element which wouldn’t sit completely well in a dancefloor: I’d rather play some straight acid house or techno if I wanted people to dance.” 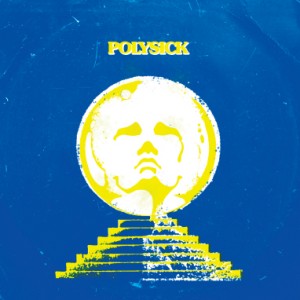 Your acid house tracks remind me of Venetian Snares/Last Step’s recent Sleep album – and they seem to owe a debt to that IDM tradition of warm, melodic acid. Could you talk about the influence of IDM on your music? Is it something you’ve followed for a long time?

“Yeah that Sleep album is very good, actually my favorite VSnares album. ‘IDM’ was probably the first techno music I was properly exposed to (LFO, early Autechre and AFX or Mu-ziq) so it’s a sort of imprinting maybe, a penchant for mixing genres together and a focus on melody. But it’s restricted to the ’90s stuff and I always loved groove and simplicity more than crazy rhythms and overproduction. Apart from stars like Ceephax and a couple of others I haven’t been following much from that scene in the last decade, while I always find it refreshing to go back to the roots of the genre in Detroit or Chicago.”

Your music has always been evocative of space, but where Digital Native seemed to evoke these exotic wildernesses, Daydream repeatedly references cityscapes. Was this intentional and, if so, why?

“Yes, it was intentional. The city can sometimes convey the same feeling of danger and uneasiness of a jungle, so there is probably a connection between some of the tracks on Digital Native (like ‘Preda’ for example) and Daydream. I think all music is virtually ‘evocative of a place’ that might already be in the mind of the listener: but sometimes I also like to make use of elements that instantly put the listener in a specific place, like field recordings or ethnic sounds. I love library music (especially Italian) and probably that’s where I got my ‘cinematic’ approach from.” 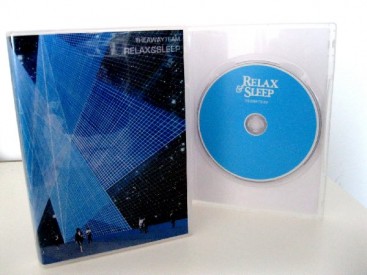 You’ve made a lot of video work alongside your music-making. How do you view the relationship between the two? It’s interesting how a strong tie between visual and audio work seems to be common among ‘web-age’ musicians.

“I like messing with video editing from time to time but I’m basically a music producer, not a video artist. I’ve also made videos for other people’s music in the past but always from an amateur perspective. For me the internet is 90% YouTube, and I get a lot of inspiration from the random stuff I find there. Also I’ve always been curious about video art and when I started to share my music on the web it seemed natural to make small videos to go with the tracks. I guess many, who like me grew up in the MTV era, felt the same about making their own videoclips, and YouTube opened the gate…”

Could you talk about the Relax & Sleep film you made as TheAwayTeam – what was the idea behind it? It strikes me as being in the tradition of ambient music dating back to Brian Eno’s Music For Airports. Is that a musical approach you identify with?

“Yeah, I love ambient music, Brian Eno of course, but even more the ‘deep mind explorers’ like Robert Rich and Steve Roach. The idea for Relax & Sleep came to me from one of those old cleaning cassettes for video recorders: I wanted to make a similar reel that you could play in a loop and get hypnotized to, like a mind-cleaning experience. I used short loops and bits from any sort of weird advert and vintage TV logo that I could find on YouTube, and layered and distorted everything with digital effects to make a 20 minute flow of disconnected yet coherent images.” 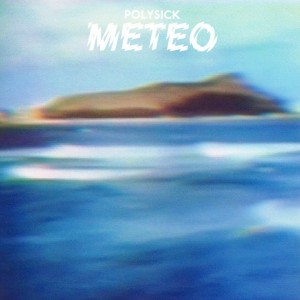 The evocation of sleep states seems to be a common feature in your music, and you’ve often been grouped in with the hypnagogic pop movement of a few years ago. Do you think this grouping is apt?

“The term ‘hypnagogic pop’ has been applied to such a wide variety of acts, from rock to electronics, that it seems to refer more to a general vibe (or to the use of some keywords) than to anything specifically musical. I think it could work well to describe something like Relax & Sleep but I wouldn’t apply it to anything else I’ve done. Of course there were similar lo-fi and psychedelic elements in many other genres, way before the label ‘hypnagogic’ emerged: from the German kosmische music, to the new age electronics of the 70s, to ambient and early techno, my influences are all there. Take this gorgeous piece of music for example (by the way it’s just been re-pressed on vinyl). It’s from Carl Craig and it was made in the 90s.”

Finally, what are your plans after Daydream? Any other releases on the horizon?

“Some new releases on the way: a 12″ very soon on 100% Silk that’s very different from anything else I released so far, and another one for MinimalRome.”