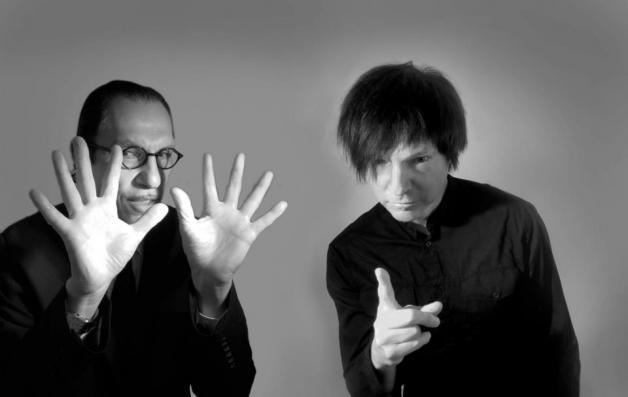 Since 1971, the Mael brothers have put out 22 albums of arch, histrionic pop. Despite their famously bombastic live shows, they’ve somehow never found the time to sneak out a live album. As Slicing Up Eyeballs report, the pair will redress the balance with their first-ever concert disc, Two Hands One Mouth: Live In Europe.

The two-disc set will feature recordings from the duo’s 2012 European tour, which saw the Maels tour without full band or digital backing tracks. The resulting collection contains unusually stripped-down readings of material from across the band’s career.

The Maels describe the album as follows:

“This is the first ever official live recording of Sparks. The ‘Two Hands One Mouth’ tour in Europe, from which these recordings were taken (the tour continued in Japan and soon America), has been an exceptional experience for us and, judging by the reaction and feedback, also a memorable and emotional event for Sparks fans. As a result, we want to celebrate the event with a souvenir for all Sparks fans that captures this tour and the unique format of the performance. While we began the tour with certain fears of not having the safety net of a band or computers, we soon realized that the format was wildly successful (for us and for the audience) in highlighting in the purest form the core elements of what Sparks has always been–our musical world conveyed through our songs and our vocals and performed in a most aggressive way. What seemed to always set us apart was, we think, made emphatic in this format.”

Two Hands One Mouth: Live In Europe is due on April 1. Sparks will appear at this year’s Coachella festival.