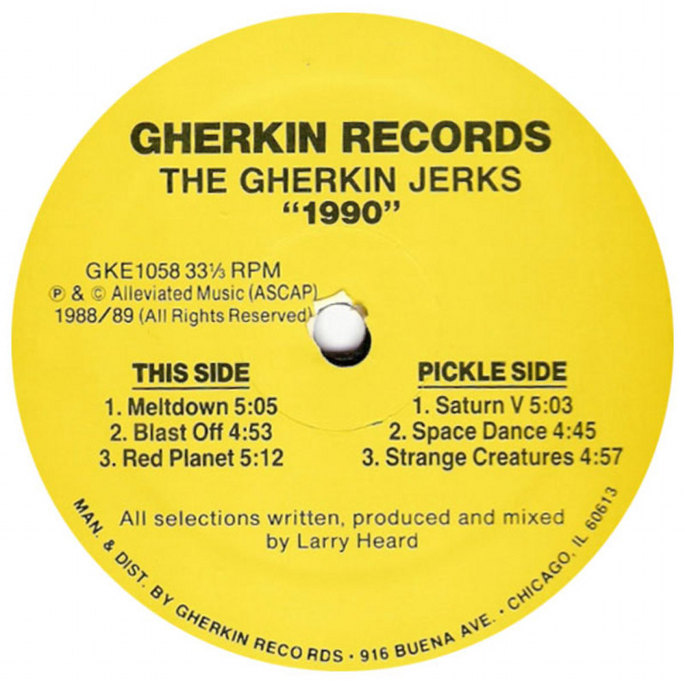 Heard’s story is well told, and its key points – his work with vocal house progenitors Fingers Inc.; his classic late 1980s discs for the likes of Trax and DJ international; his prefiguring of the deep house sound – are thoroughly familiar. A lesser known appendix to his career, however, is his work as Gherkin Jerks. As Resident Advisor report, Heard is set to reissue two hard-to-find 12″s, originally released anonymously under the alias at the tail-end of the 1980s.

Stomp The Beat and 1990 were Heard’s only releases as Gherkin Jerks, and both appeared on the short-lived Gherkin Records, also responsible for releases from Robert Owens, Rhythim Is Rhythim and Ron Trent. Stomp The Beat was issued in 1988: a six-track collection of spartan electro and discordant 4/4, it’s especially notable for the wildly experimental house-meets-musique concrète closer ‘Din Sync (Get Up And Do Your Thang)’. 1990, meanwhile, was issued in 1989, and is the richer, more polished of the pair – see the weightless ‘Red Planet’ or the starry-eyed proto-funky of ‘Space Dance’. Both records were discontinued when the label shut up shop in 1991.

The new editions have been “digitally enhanced”, and will be released on Heard’s own Alleviated Records in association with Clone. Both are expected in late April.