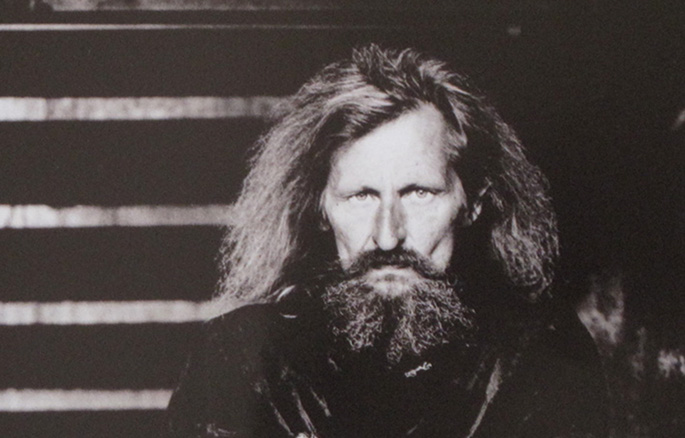 It’s been five years since the death of Klaus Dinger – one-time Kraftwerk member, Neu! drummer, and principal originator of the motorik sound.

Having recorded and toured with Kraftwerk at the turn of the 1970s, Dinger made his mark working with Michael Rother as Neu!. From 1972-5, the duo released the hugely influential Neu!, Neu! 2 and Neu! ’75 triptych, three impeccable collections of spartan psych-rock set to power-driven drum tracks. Around the same time, Dinger set up the La Düsseldorf combo, who went on to release a string of successful LPs in their own right (including 1978’s commercial/critical peak Viva). The following decades were somewhat less triumphant, featuring a critically maligned mid-1980s Neu! reunion and a little-loved run of solo LPs as La!Neu?.

In the 2000s, Dinger convened a rotating cast of expat Japanese visual artists and non-musicians. Christened Klaus Dinger & Japandorf, the project was operational in Düsseldorf and The Netherlands from 2000-2008. The result was a trilogy of LPs (pre-Japandorf, VIVA Rimix 2010, and Japandorf ), none of which ever saw the light of day.

As Exclaim report, the third part of the trilogy is now set to get a proper release. Japandorf runs to 12 tracks, and features a reconfigured version of La Düsseldorf’s biggest hit, ‘Cha Cha 2000’. Although Dinger died before Japandorf could be properly completed, Dinger’s partner Miki Yui and collaborator Kazuyuki Onouchi put the finishing touches on the record in 2010.

Yui describes the album as follows:

“The album contains songs which Klaus had in his mind for a long time but were previously unreleased, as well as totally new songs which emerged through the process of working together. Not only because of these songs, but rather because of the process we went through during the production (the process of growing music from the seeds), I am sure that this album meant a lot to Klaus, as well as for me and for Kazu. Klaus worked seriously but joyfully, patiently and carefully on the album, because he knew that such extraordinary experience and challenge enriched the Japandorf artists’ lives and the results; the music is for the future generations of listeners to enjoy.”

Japandorf is out on March 25 on Grönland. A video for driving psych-rock track ‘Immermannstrasse’ is below.