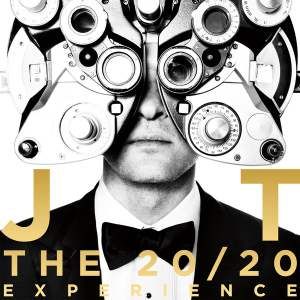 To be honest, it’s partly our fault. Justin Timberlake made one of the best pop albums of the last decade, and we then spent the next six years hounding him to release something that would match or better it. FutureSex/LoveSounds became a master-class in modern pop that Timberlake fairly rested his laurels on and it shows, by degrees, on his latest LP The 20/20 Experience. Whereas Justified was the moody coming-of-age breakout and FutureSex/LoveSounds saw JT get his grown man on post-Diaz break up, The 20/20 Experience is a newlywed love letter that sees the woe and intensity of his youth smoothed out through marital bliss. As a result, the album is a steady, often languid ego massage that we encouraged and so should have seen coming.

If a comparison can be made, The 20/20 Experience is 2013’s Watch The Throne. It sees a stalwart of the genre recruit a long-time collaborator to indulge in their trademarks and just about dip their toes in new waters, but takes few real risks and at points ends up wobbling on a steep, self-congratulatory edge. It’s so clean, stylish and pleasant that few will rubbish it, so the spotlight is instead shone on select tracks whose impact is then over-stretched as they try to inject some gravitas into how fluffy it can be.

‘Suit & Tie’ (Jay-Z, you lazy for this one) and the Coldplay-does-r’n’b ‘Mirrors’ also reveal a frustration that’s already come to a head. Kanye was right. The singles kind of suck and since only three tracks are under the six minute mark, this album’s radio edits will be severe. Yet this clearly doesn’t phase him.  The man who recorded The 20/20 Experience isn’t the man who recorded ‘My Love’, and that’s not to say that it’s not a compelling listen in full. ’20/20′ evokes hindsight, so it’s apt that Timberlake sonically looks back in order to look forward.

‘Pusher Love Girl’ and ‘That Girl’ call on Bobby Womack, The Whispers and Delfonics in the luxurious arrangements and subtle vocal harmonising with romantic doo-wop undertones, but the ‘love is the drug’ lyricism on the former is a drag that seeps right through to the cringe-worthy lyrics of Frank Ocean-esque ‘Strawberry Bubblegum’. Word to the wise Justin – if you’re going to release an eight minute song with only two verses and a hook, singing the words “strawberry” and “bubblegum” thirty four and twenty times respectively begins to grate.

‘Spaceship Coupe’ is the kind of joyous modern r’n’b love-jam that The-Dream wishes he was still writing, erring on the safe side of the sugary-sweet fantasy ride theme, and ‘Let The Groove Get In’ is (apparently) Justin’s stab at ‘Latin beats’, but encompasses a more adventurous range of Afro-Cuban inspired instrumentation pulled together by rousing piano stabs and Justin’s matured, Michael Jackson-indebted vocal flourishes. Overall, like his previous work, The 20/20 Experience is an album that will only grow with repeated listens, and is an apt if slightly underwhelming addition to his story so far. As a final reflective note though – and to Timberlake’s absolute credit –  what the album is mercifully devoid of is any hint of grating EDM brostep that so dominates the recent efforts of many of his peers. He knows what suits him, and he still wears it exceptionally well.