Fade to Mind singer Kelela on moving beyond imitation, studio serendipity, and her dream productions 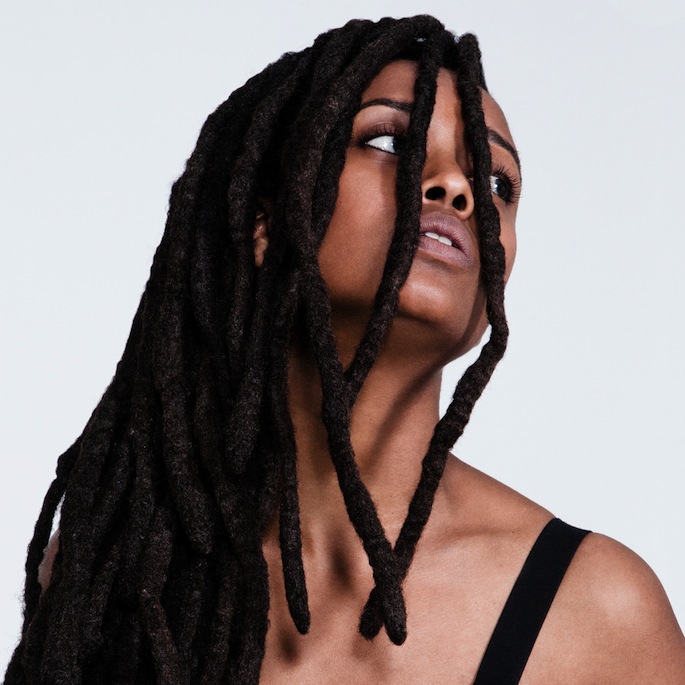 We’re now a full year removed from the heights of the R&B chanteuse sample craze of 2011, where electronic producers of all stripes eagerly chopped and contorted vocal fragments, plumbing the depths of the catalogs of Brandy, Ciara, Cassie, and the like. But with formerly divergent spheres of club-ready dance music converging every day, the biggest question mark has been: which vocalist will bridge the gap?

One contender for the crown is Kelela Mizanekristos, a Los Angeles-based singer affiliated with Night Slugs-sister collective Fade to Mind. Born in Washington, DC, Kelela was raised in the Maryland suburbs. In the Autumn of 2010, she made the “do or die” move to Los Angeles, short on plans but high on hope.

“I didn’t go to a school for music, but I definitely attended the Conservatory of Kelela in my mom’s basement,” Kelela admits. Just a few years before her move to the West Coast, she still considered herself a shower singer, someone who didn’t projecting properly or use her chest voice. “I spent a lot of time imitating voices,” studying the pop R&B stylings of artists like Mariah Carey and Cheryl “Coko” Clemons of SWV.

“I would like to do Brandy but weirder… Something that would resonate with most people, but make them feel a little uncomfortable.”

For a spell, she had plans to be a jazz vocalist (“I thought that was the most serious, deepest music,” she laughs), practicing standards and looking to legends like Sarah Vaughan and Betty Carter. She attributes 20 percent of her “listening life” to Groove Theory’s Amel Larrieux: Kelela would drive four hours to see Larrieux perform at New York’s Blue Note, record the show with a MiniDisc hidden under the table, and memorize the set on the drive home.

A formative experience was discovering the music of Little Dragon. Hearing the Swedish band’s music was “mind-blowing,” and Kelela reached out to vocalist Yukimi Nagano on Myspace, offering “background vocals, whatever she needed.” The two singers connected at a Little Dragon show, but Yukimi was surprised that Kelela didn’t have any of her own music on her Myspace page. At the time, Kelela was struggling to make the jump from imitator to songwriter, and Yukimi offered some advice. “I would just recommend jamming with your friends, and not having expectations of how it’s going to sound,” Kelela recalls Yukimi saying. “It wasn’t until I stopped trying to sound like Faith Evans and Erik [Bodin, the band’s drummer] stopped trying to sound like Dilla that we made Little Dragon.” Inspired, Kelela wrote her first song within a couple of months.

Even with inspiration in tow, Kelela spent her first year in Los Angeles alienated as she struggled to connect with like-minded artists. Thankfully, a fortuitous sequence of events would eventually connect her with her sonic contemporaries in Fade to Mind. The series of connections is a tribute to the theory of six degrees of separation: living with an ex and his bandmates/roommates led to writing a song with the vocalist of metal band Animosity, whose best friend was True Panther co-founder Dean Bein, who played the collaboration for True Panther signees Teengirl Fantasy, who enlisted Kelela to sing on last year’s Tracer. While recording the vocal of ‘EFX’ at Inc.’s Los Angeles studio, Total Freedom happened by and insisted that she work with him and the rest of the R&B obsessives in the Fade to Mind cohort. Only in LA.

Fade to Mind’s Prince William gave Kelela about 50 Fade to Mind and Night Slugs songs, and the singer says she was “completely blown away,” punctuating each word for effect. “I hadn’t heard anything out of that scene. Who are these people? What is this?” she thought. The instrumentals had the darkness and beauty of club music, but with an ear-stretching quality that attracted her immediately: “It was the production of my dreams.”

Meeting Total Freedom led to working with Kingdom and Nguzunguzu, who have helped Kelela explore her own sound. “I would like to do Brandy but weirder,” she says. “Something that would resonate with most people, but make them feel a little uncomfortable.”

I witnessed that balance of the familiar and the exotic when I saw Kelela open for Solange on her recent club tour. It’s an opportunity for which she is grateful, especially considering her dearth of recorded material. On stage, Kelela had the poise and presence of more experienced artists, bounding from club-ready productions to syrupy R&B balladry with ease. After the set, a few audience members around me came away impressed, hesitantly invoking the specter of Aaliyah to describe the performance.

Kelela will release the ‘Bank Head / Send Me Out’ single soon; the A-side is the vocal version of the previously-released Kingdom production, and it will also appear on Kingdom’s forthcoming EP. A mixtape will follow in early May, featuring tracks by Girl Unit, Jam City, and Morri$, among others. When we spoke, Kelela was on her way back to Los Angeles. She sounded eager to get back to the studio — perhaps as eager as an audience awaiting a singer that can bring this generation of dance music to life.