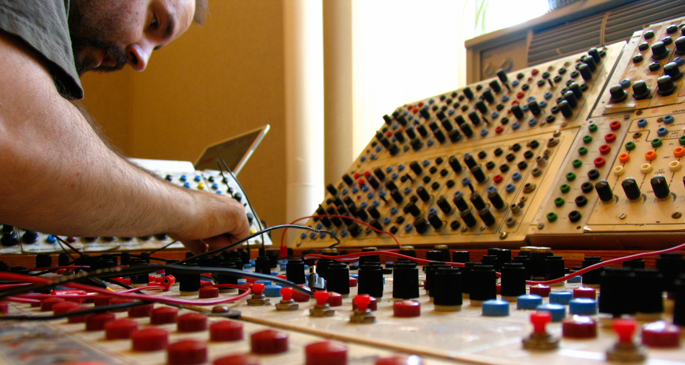 Keith Fullerton Whitman’s beguiling modular experiments have seen the artist go from strength to strength in recent years, and he has kindly presented us with an opportunity to hear how they have developed.

Squeezing the dear life out of a Makenoise Skiff module, Whitman proceeds to let the world know that while he might be able to excitedly squeal ‘TECHNO’ (via Soundcloud comment) as the track reaches the 8:30 mark, his music is about as far from the predictable techno norm as you can get.

Forget about Pete Swanson‘s grizzled 4/4 or Dominic Fernow‘s re-imagining of the sleazy club dynamic, Whitman’s synthesizer belches are about as likely to achieve dancefloor dominance as a Deathroes album is to reach the Billboard Top 40.

The set was recorded on Sunday March 17 at The Lilypad in Cambridge, MA and you can listen to it below.