“It’s all club music now.” Para One on the dissolution of genres and the Parisian dance renaissance 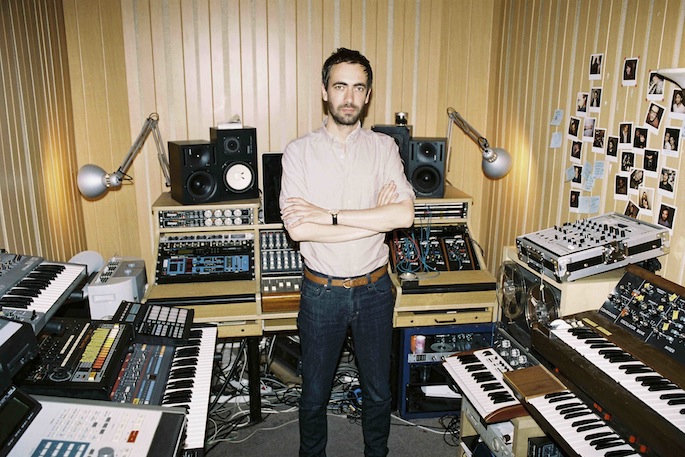 If you want some context on the current state of club music, Para One is the man to ask.

Jean-Baptiste de Laubier has been a fixture in the music world for over a decade, first finding success as a beatsmith for French electro-rap agitators TTC, before launching a solo career and dropping a string of releases on seminal dance label Institubes.

When Institubes closed its doors in 2011, Para One launched Marble with compatriots Surkin and Bobmo and has overseen key releases by the next generation of French clubkids.

The producer is in the US this week for a brief tour that will bring him to Miami, Los Angeles, San Francisco, and New York, and his Every Little Thing EP is due next week (available on iTunes). FACT spoke with him via email about the state of dance music and his plans for 2013.

We’re watching this great convergence of electronic dance music and hip-hop, something that you were doing with TTC nearly a decade ago. Why do you think it’s taken so long to happen en masse?

“Yeah, we’ve been doing that for a while, that’s for sure… At the time (TTC & early Institubes parties) we were blending bits of dirty South, R&B, ghettotech and techno, because to us it was all the same music. That was almost our motto. But we were conscious that people weren’t ready for that yet, ha ha.

“I’m not surprised that it took so long to happen on a larger scale because music had been divided for a while into genres and scenes that weren’t supposed to merge. I guess the recent dub step / trap / dirty south comeback thing made the connection between hip hop and dance music more obvious. It’s all club music now.”

How did the Cam’ron collaboration on the ‘Every Little Thing’ remix come about?

“When we did ‘Every Little Thing’, we knew that the song had some pop potential and we were looking for a way to bring it on an international level. Busy P loved the track and he suggested that we did another version with a featuring, instead of a remix. I kept the idea in mind and one day a guy from the label came up with this Cam’ron idea, I jumped off my seat and said “that’s the one!” It made so much sense, we’ve been pushing his music and Dipset in general for more than a decade in our Parisian shows. We were lucky enough that he liked the track and was down to do something.”

Collaborations appear throughout your discography. What makes a good collab? Any dream ones?

“It’s true, I’ve been producing with a lot of different people throughout the years. Very different people! It’s mostly a feeling you get about someone, either for musical or personal reasons, that something has to be done… It’s so great to be able to share with other artists in the studio, we have our Marble and Sound Pellegrino office and people constantly hop by, making it super easy to interact and share new ideas all the time.

“Without that I would just feel dry, I constantly need external input on things, that keeps me going. There are many ways to achieve a good collab, but the only key is to leave all ego issues behind, I guess. My dream collabs are clear, they have always been the same: Andre 3000 and Squarepusher.”

“Paris is full of inspiration, like it has always been when it comes to electronic music… I just wish all the crews could come together somehow, without paying attention to who’s from this or that scene…”

Since the dissolution of Institubes, there seems to be a renaissance in French electronic music. What’s going on in Paris?

“We saw that renaissance coming, even before Institubes ended. That’s why we started Marble right away. We didn’t feel like things were over at all, on the contrary. For a few years we had been stuck into that banging, maximized sound, and we were kind of fed up with it but at the same time lots of new kids were coming up with some fresh sounds. They were reaching out to us and we built a new team.

“Paris is full of inspiration, like it has always been when it comes to electronic music. Many talents from different generations, producing together. Cool parties being thrown. I just wish all the crews could come together somehow, without paying attention to who’s from this or that scene…”

How does your approach differ when doing your soundtrack work?

“It is so different. I just did one for Jérémy Chatelain’s film. It’s really a matter of instant inspiration, since you react to something that exists. You have to catch that very quickly, then be able to keep that first impression in mind while fixing everything else (which can be a very long process, considering that there are many other elements, including technical stuff, involved). But in a way it’s liberating, for example on Naissance Des Pieuvres I didn’t put any drums at all. Working without a beat is extremely different, it gave me a whole new freedom and I loved it. I had to be on point on my writing, though, ha ha.”

What songs are you looking forward to playing out on your US tour?

“Obviously my own EP, especially the Girl Unit remix! It goes well with that song from Sweater Beats, ‘Mlln Dllr’, and some tracks around this tempo. It allows me to go from modern R&B to retro grime tools, and bass stuff. And I love mixing all that with some techno on top. The new Djedjotronic EP is really cool, for example. I like L-Vis 1990’s new release on Clone, too.”

Marble has already released two great EPs this year; what else is in the pipeline for 2013?

“2013 is going to be busy! We had Myd and Surkin, now my new EP and then Bobmo is coming up with a single very soon, too. We’re working on a compilation and there is much more in the works.”

Other than the new EP, what are you working on this year?

“I just produced Micky Green’s new album alongside Tahiti Boy. And I did club mixes of a few songs, off Passion and even before that, for my next live show. I’m going to put these out as an album before the end of the year. Finally, a long format with only club-oriented music, a new step for me!”