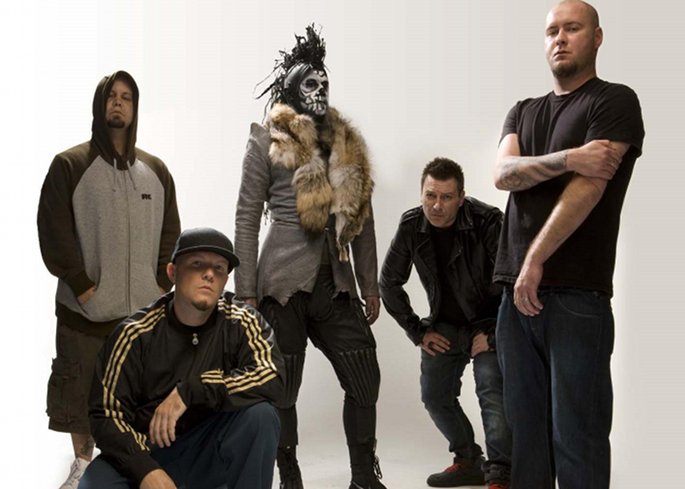 Lil Wayne’s made some questionable choices in his time, but eyebrows raised to unprecedented heights last Summer when he signed Limp Bizkit to his Cash Money Records label.

In a decision presumably springing from the same cranny of his brain as 2010’s Rebirth, Weezy signed the hoary rap-rockers to the imprint, currently home to Drake, DJ Khaled and Nicki Minaj. As Hypetrak report, the first single from forthcoming album Stampede of the Disco Elephants is now available to stream, featuring a guest appearance from the band’s paymaster.

Musically, ‘Ready To Go’ sees Limp Bizkit squatting on familiar territory – gnarled nu-metal with all the poise of a rhinoceros in a tutu. Pros: there’s a surprisingly pretty shoegaze coda at the end. Cons: some am-dram swagger (“Is that your bitch?/’Cos she told me she ready to go”), a thoroughly unloveable verse from Wayne and the worst cover art of the year.

Lil Wayne has just released new album I Am Not A Human Being II. The release follows a high-profile health scare for the rapper.