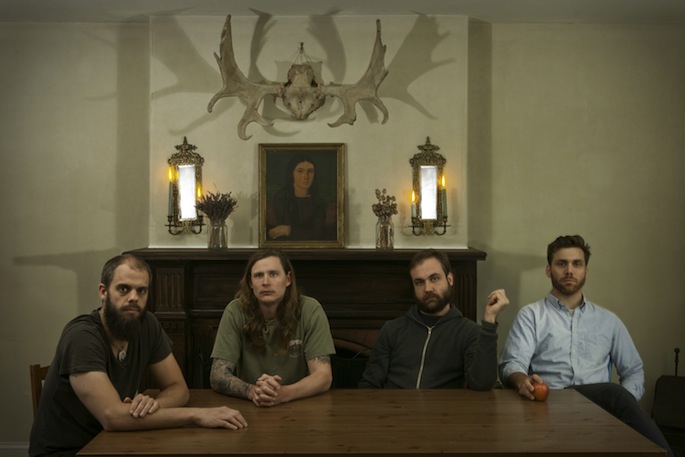 Last year, Baroness’ tour bus crashed off a viaduct and fell 30 feet near Bath. Nine people were injured in the crash, and three band members had serious injuries: John Baizley with a broken arm and leg, and Allen Blickle and Matt Maggioni both with broken vertebrae.

In a statement on the band’s website (via Antiquiet), Baizley has announced that Blickle and Maggioni will not be returning to the band, as “the accident necessitated a change that would prevent them from performing music or touring.” The full statement:

Nothing can truly prepare you for a brush with death. The event is unique one, singular to the observer. Trust me, you don’t want to invite the experience. Our bus accident left indelible marks, external and internal, physical and mental, you name it. Each of the nine of us went through and continues to go through an entirely different, yet common experience. We are tied to each other by a trauma, which, despite its damage, has been made individually easier through our shared ordeal. While I would never wish the incident on anyone, I cannot imagine going through that wreck alone.

Thankfully, injury was not dealt out evenly; unfortunately it was dealt in great supply. Each of the nine of us now finds our self in a drastically different circumstance, and we each move forward accordingly. There are two important things to note. First, we are all healthy. We are recovering at different rates, and we’ll all be fine in the end. Second, Baroness has made a commitment to pick up where we left off, and get back out on tour, where we belong. In fact, I am personally staking my recovery on this principle; it gives me direction and something to look forward to (finally).

However, for some of us, the accident necessitated a change that would prevent them from performing music or touring. It is with sadness that we must announce that Matt Maggioni and Allen Blickle will not continue touring with Baroness. The details of their departure are not sensational; they do not come with hard feelings. Nor are the details going to be public; suffice it to say we’d like to keep to ourselves the finer points of this situation, to respect the privacy of all involved. While the nine of us must respect the significance of the bus accident in Bath, we must also move away from it and get back to our lives. Simply put, some of the effects and injuries were severe enough to prohibit further activity in Baroness. While we would never have asked them to leave; we have the utmost sympathy for this situation, and in earnest, we wish Matt and Allen the best in the future. In their stead, we have found two musicians who can approach our music with passion and vitality and help get us back out on tour to finish what was seemingly cut short last August.

‘til the wheels fall off,