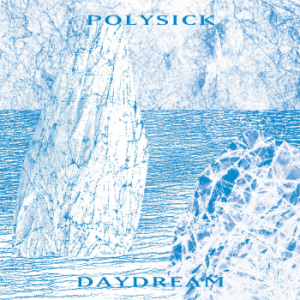 Egisto Sopor has been a firm fixture on the dance-not-dance underground for a few years now. The Rome-based producer known as Polysick first emerged in 2010 with an album for Legowelt’s Strange Life imprint. That was followed by a split EP with LA’s SFV Acid – a canny pairing, as both share a taste for woozy bedroom synth music grounded in acid house. Sopor’s remit, though, has since revealed itself to be broader, and he has a pleasing tendency to lapse into verdant, weightless synthscapes. The producer’s early career came to a head last year with an album for Planet Mu, Digital Native, that brought together many of his concerns up that point. The record didn’t make much of a splash, which is a crying shame: its brand of humid pan-global exotica – like a hypnagogic updating of John Hassell’s Fourth World concept – was singular and charming, and it was certainly one of the stronger album-length statements to come from that world.

The comparatively slight Daydream – eight tracks totaling just over half an hour – is its follow-up, released through Belgian label AudioMER. Many of Sopor’s sonic signatures are, thankfully, intact. Those gorgeous spongy, soured synth tones make an appearance in  the seductive one-two of ‘Haze’ and ‘Blazer’. They also feature in the untitled seventh track, though there, combined with the plangent melody turning pirouettes in the foreground, they take on an icy quality reminiscent of early Autechre. Elsewhere, Sopor’s dancier tendencies are brought to the fore – indeed, it’s this side of the producer’s personality that comes to define the album. At points a familiar steamy tropicalia is invoked, particularly in the excellent ‘Twilight Part 2’, whose smudged atmospherics partly conceal an acid line that flickers out of the murk like the tail of some exotic lizard. But in all cases Daydream is darker and more forbidding than its predecessor, and tends to evoke a grander sense of space. ‘Citylights’ is gaseous, unsettled; the title track is far sunnier but carries a hint of paranoia, aided by its deadpan mnml-esque monologue.

Much of this album explores house music in a fairly straightforward sense – measured, slow-build structures rather than the crystalline sketches Sopor has often worked with – and the execution is excellent. But a question remains – is the producer really playing to his strengths here? Closer ‘Unreal City’ gets to the crux of the issue. It’s a cityscape in the Bladerunner mold, dank, desolate but shot through with an eerie beauty. The techniques deployed are all familiar from Sopor’s past work – the animated synth doodles, the middle-distance fog of delay – but in mood it’s situated somewhere rather different. Daydream feels transitional, clearly intent on making a break with the past but not quite weighty enough to set out its stall completely. Still, Sopor is evidently moving on, and that’s to his credit.