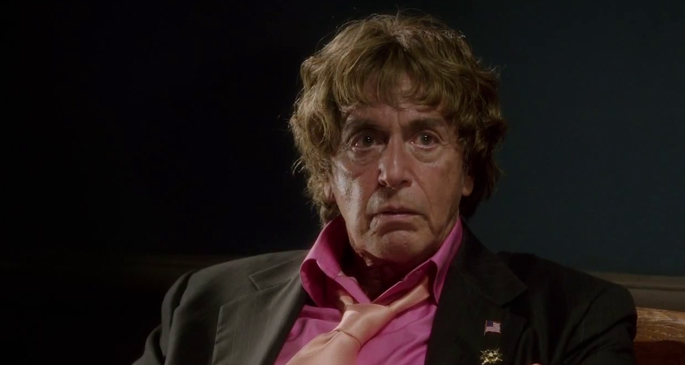 Phil Spector’s wife has waded into the controversy surrounding David Mamet’s biopic of the Wall Of Sound producer.

Discussion of HBO’s Phil Spector – which documents the road to Spector’s conviction for the murder of actress Lana Clarkson in 2003 – initially centred around Pacino’s improbable wig collection, but the critical dialogue has become somewhat less frivolous in recent weeks.

Earlier this month, a gaggle of protesters gathered outside the L.A. Museum Of Art to speak out against what they deemed to be a pro-Spector bias in the piece. In the film, Spector’s attorney Linda Kennedy Baden (played by Helen Mirren) suggests that Clarkson accidentally shot herself, and posits that the producer would have been over three metres away from the gun at the time of firing.

As NME report, Phil Spector’s wife Rachelle has now used the film as a cue to call for an appeal against his conviction. Spector insists that some of the forensics evidence portrayed in the film exonerates her husband. Her claim centres around Spector’s white jacket, which the film suggests was entirely free of bloodstains:

Spector was convicted of second degree murder in 2009, and jailed for at least 19 years. Phil Spector aired on Sunday on HBO.