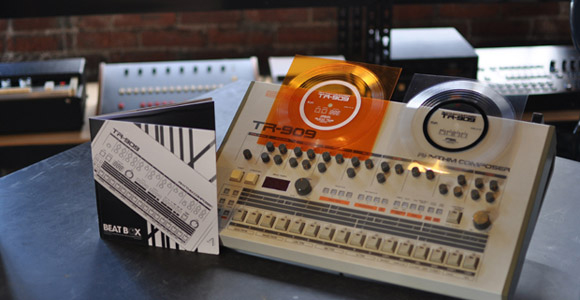 Hip-hop reissue specialists Get On Down – the folk behind that gorgeous Liquid Swords chess set and Illmatic: The Premium Edition – will pay tribute to the Roland TR-909 drum machine with a new book and 7” flexi-disc set.

The book, titled Beat Box: A Drum Machine Obsession and penned by Get on Down co-founder Joe Mansfield, will be published this Summer. This April’s Record Store Day, meanwhile, will see it preceded by a dual flexi 7” release dedicated to the famous rhythm composer – renowned by the hip-hop and dance music worlds alike. The first of these flexi-discs features the individual sounds of the 909, narrated and explained by Philadelphia rapper Schoolly D, while the second features instrumental remakes of the drum tracks for Schoolly’s tracks ‘P.S.K. What Does It Mean’ and ‘Gucci Time’, programmed by Mansfield himself [via The Wire].

As is forever the case with Get on Down, the set looks spectacular – check more pics below. Record Store Day will also see the label release a new vinyl edition of their renowned Liquid Swords set, and a 7” precursor to their reissue of Non-Phixion’s indie hip-hop classic The Future Is Now. That’s due this Summer – more here. 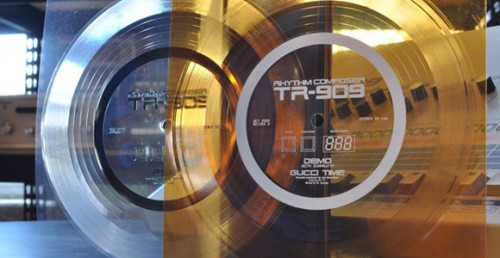 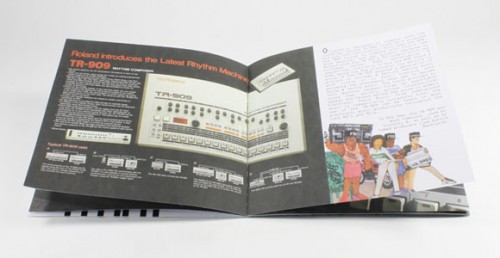 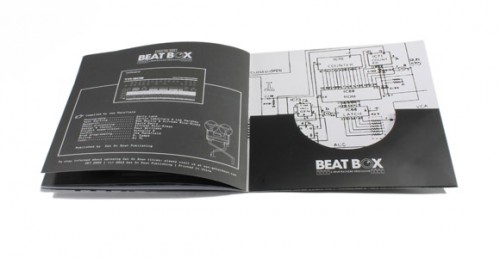 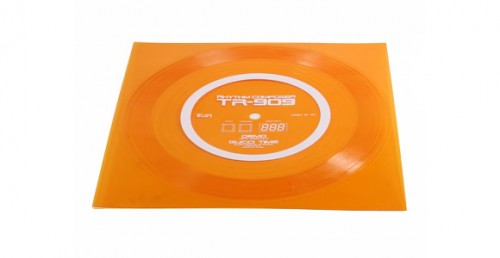 Tags: Get On DownRoland TR-909