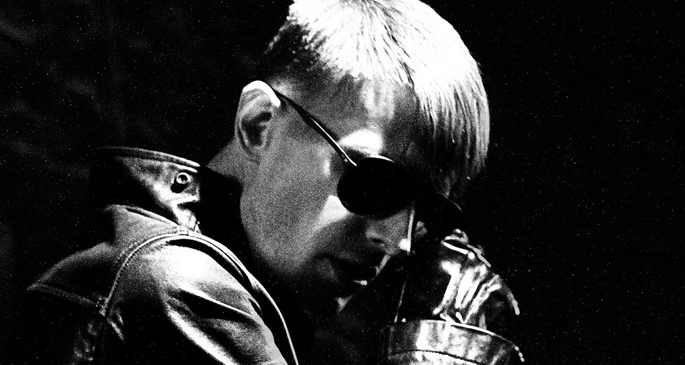 The first of two self-released singles on his own Heartworm imprint, Cold Cave’s Wesley Eisold shared ‘God Made The World’ today.

Making a pit-stop from his previous fixation with icy cold wave and not repeating the flirtations with horn-led art-pop on 2011’s Cherish The Light Years, ‘God Made The World’ is an exercise in Factory Records fetishism. It’s not that Eisold doesn’t carry the New Order/Joy Division banner well, but the track does border on derivative, at least for us. Still, there’s a second single just around the corner, and Eisold, now free from an annoying record contract is pretty much free to do whatever he wants.

The 7″ single will be issued in typically lavish style, with a photo on one side and an etching of the lyrics on the other and is currently available for pre-order. [via Selftitledmag]