Vampire Weekend team up with Steve Buscemi for April live-stream 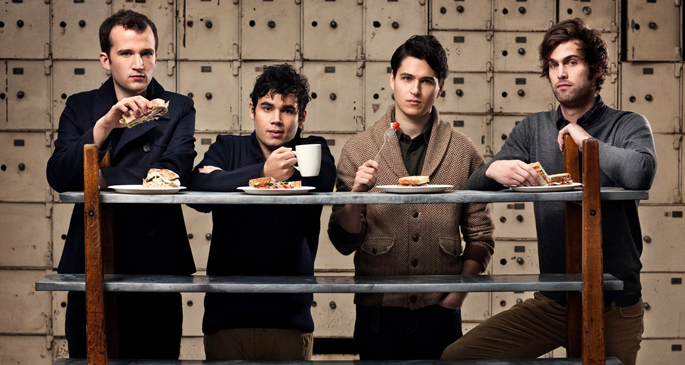 He was funny lookin’. More ‘n most people even.

Brooklyn art poppers Vampire Weekend are just about ready to issue their next full-length Modern Vampires of the City, so with that in mind there are certain promotional responsibilities to take into account. Trust these guys then to even make this part of the circus interesting though – and set for April 28th, just couple of weeks before the album’s release, the band are to play Roseland Ballroom in New York. This isn’t the cool bit though – the show (and its livestream) will be directed by legendary actor/director Steve Buscemi, so with any luck it should be a little more than simply four preppy dudes rocking out on stage.

Bassist Chris Baio is a confirmed fan of the director, saying “Growing up, I was a huge Sopranos fan and one of my favorite episodes is ‘The Pine Barrens,’ which he directed. Also, I just realized this morning he directed the ‘Leap Day’ episode of 30 Rock last year; that’s one of my favorites. I feel safe in his hands.”.

Apparently Buscemi is already working on bonus material and rehearsal shoots which should appear in the run-up to the show, so keep your eyes peeled.

Modern Vampires of the City is out on April 14th on XL.