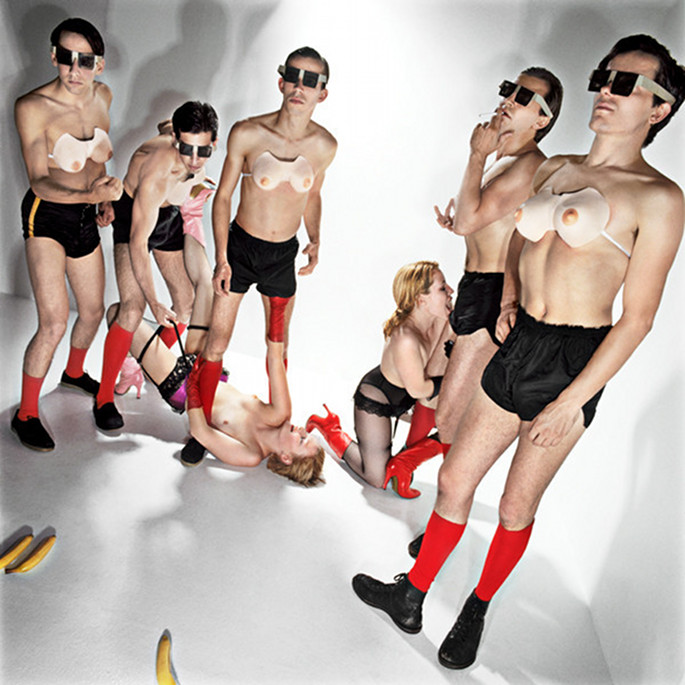 Two elusive compilations of Devo juvenilia are set to get a full vinyl and CD reissue.

Hardcore Vol. 1 and Hardcore Vol. 2 collect a rash of demos recorded in 1974-77, prior to the release of the band’s 1978 debut Q: Are We Not Men? A: We Are Devo!.  The recordings were laid down on four-track equipment in various studios, garages and basements across Ohio, and shows the band’s “devolved blues” beginning to crystallise. Originally issued on Rykodisc in 1990 and 1991 respectively, both albums have been out of print for decades.

As Exclaim report, Superior Viaduct will team up with Devo’s own Booji Boy Records imprint to give both albums a full reissue. Moshe Brakha’s lurid cover art will also be splashed over the CD and vinyl editions. Volume 1 is the briefer of the two, running to 15 tracks and featuring familiar friends (including their angular cover of the Stones’ ‘Satisfaction’) and relative rarities. Volume 2, meanwhile, will arrive as a 2xLP set, with four previously unreleased rarities – ‘Hubert House’, ‘Shimmy Shake’, ‘Man From The Past’ and ‘Doghouse Doghouse’ – bolted on for the occasion.

Hardcore Vol. 1 and Hardcore Vol. 2 will both see release on May 14. A 2xCD package is expected to follow in Summer 2013.